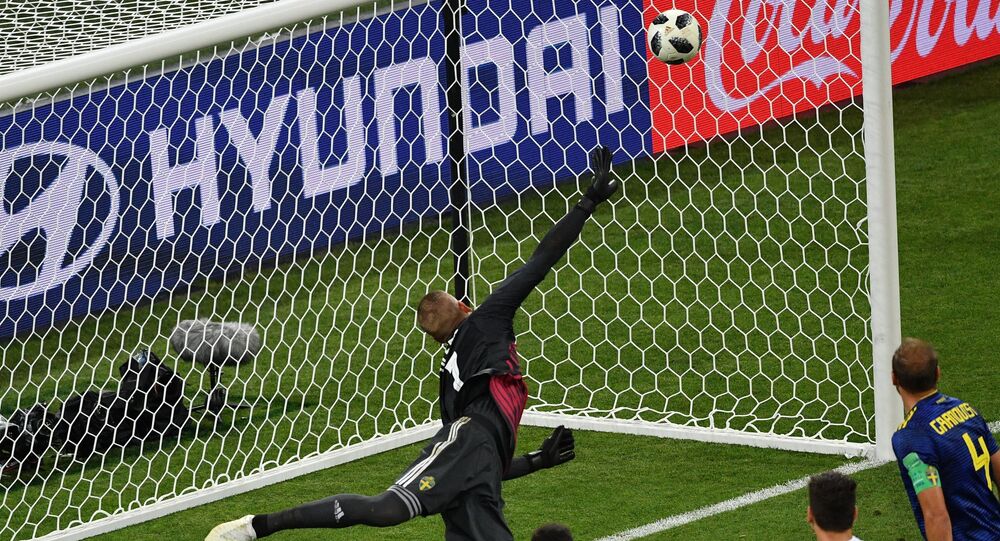 Defending champions Germany salvaged a dramatic 2-1 victory over Sweden in the team's second and a key Group F match at the FIFA World Cup on Saturday.

Striker Ola Toivonen chipped the ball over goalkeeper Manuel Neuer to give Sweden the lead in the 32nd minute, while Germany managed to equalize at the beginning of the second half though striker Marco Reus.

In the 82nd minute, the German side suffered another blow when defender Jerome Boateng was sent off after picking up two yellow cards. However, the team still managed to score its second five minutes into stoppage time thanks to midfielder Toni Kroos.

This is the first time in years, when midfielder Mesut Ozil has not been in the starting XI: he and his teammate Sami Khedira and Mesut Ozil have been omitted from Germany’s squad for their second match.

Sweden defeated South Korea 1-0 in their first match of the tournament, while Germany, the winner of the World Cup 2014, suffered a surprise 1-0 defeat to Mexico.

A total of 44,287 fans attended the FIFA World Cup match between Germany and Sweden in Sochi on Saturday.

FC Borussia Dortmund Striker and German's Squad forward Marco Reus was named the man of the match. Reus scored the equalizer for Germany in the 48th minute getting his side back in the game after Sweden’s Ola Toivonen opened the scoring in the first half.

Mexico, who are currently leaders in Group F with six points, are set to play against Sweden on Wednesday in their last group-stage match.