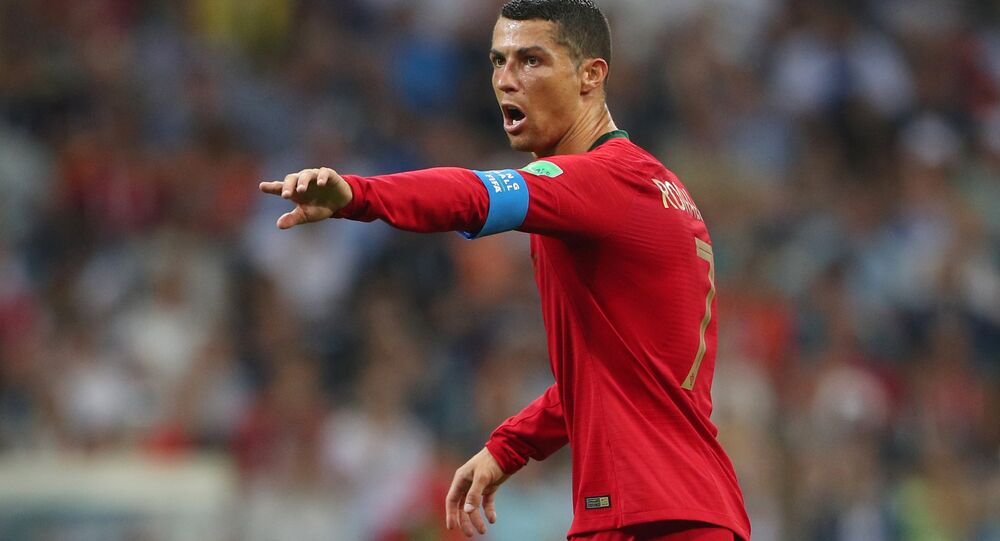 Spanish goalkeeper David de Gea missed Ronaldo's low shot from 20 meters as the ball slipped through his hands after 44 minutes. However, Nacho scored from outside the box minutes after Diego Costa's play which tied the game. In the end, Ronaldo's hat-trick tied the game 3-3.

Cristiano Ronaldo's hit twice to secure a 2-1 lead over the riving Spain at halftime in a World Cup Group B game on Friday. However, Spain managed to tie the game and push in the lead with 3-2 score. Later, Ronaldo's hat-trick tied the game again 3-3.

Portuguese footballer Cristiano Ronaldo scored the first goal against the Spanish team after three minutes. During the 24th minute, Spanish forward Diego Costa managed to give the Portuguese player a tough response, scoring one goal.

The Portuguese national team is playing against Spain in Sochi. During the third minute of the match, Ronaldo broke into the penalty area, but was stopped in violation of the rules. Italian referee Gianluca Rocca pointed to the 11-meter mark.

Up at 4am for my first 'live' game of the #FifaWorldCup2018, what a start! Viva Ronaldo! Spain need a greedy striker,trying to walk it in. Coldest it's been for me on the GC,old man blanket weather! #Pentysworldcup pic.twitter.com/dcaDLNyd7D