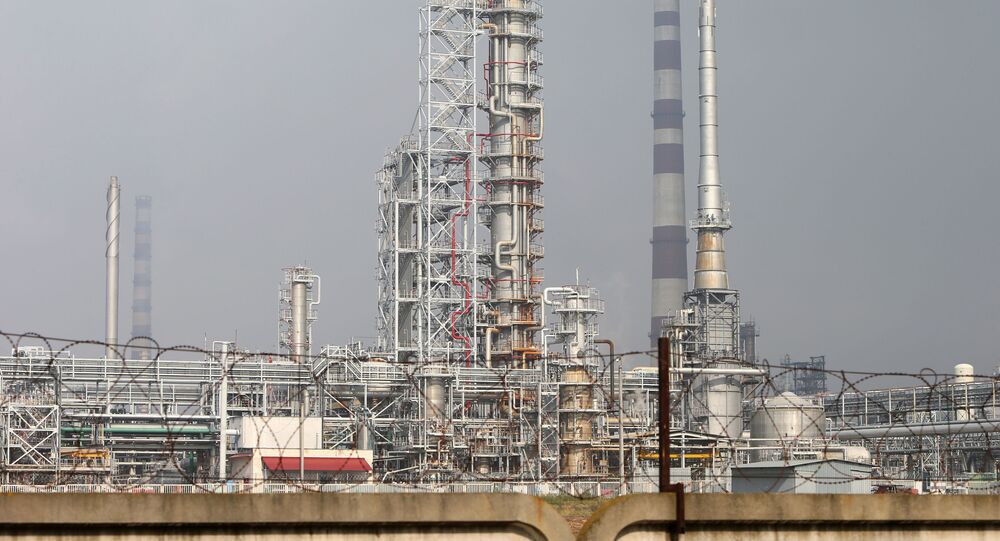 Scientists from the Tomsk Polytechnic University (TPU) have developed a method to reduce energy consumption in refineries – it's now possible to save more than half of the fuel at the explored site.

The university researchers are convinced that such results can be achieved in almost any industrial production.

The article was published in the Energy Conversion and Management academic journal.

The experts from TPU proposed a method to reduce energy consumption in hydrocracking – processing high-boiling oil fractions to produce fuel at refineries. As a result, the consumption of fuel gas and fuel oil decreased by 54 percent and electricity by 20 percent in the enterprise where the research was carried out.

The use of heat exchangers in a certain sequence has increased energy efficiency.

“For example, we have three heat fluxes. The first is steamed, the second is cooled by water_and the third is heated in the oven. In order to save energy, we can heat the first and the third streams by the second one. There are dozens of such streams in real enterprises,” Stanislav Boldyrev, a research fellow of the TPU Research School of Chemistry and Applied Biomedical Sciences, explained.

The method can be used both for the reconstruction of existing plants in the manufacturing sector and for the design of new, more energy-efficient, and environmental-friendly plants, the researchers reported.

Such improvements would reduce the costs of the final production as well as the impact on the environment. Fuel savings at the refinery, where the experiment took place, helped to reduce CO2 emissions by 19,000 tonnes per year. The less fuel the factory burns, the less gas it emits into the atmosphere. According to the experts, such results can be achieved in almost any industrial enterprise, including abroad.

“This technology can already be used to improve processes in the chemical and gas processing industries and_industrial food processing. It means that it can be applied anywhere, where raw materials are used, in the factories working with heating and cooling processes as well as chemical transformations,” Boldyrev said.

“Pinch technology is used to minimise the total energy consumption in any system where there are streams that need to be heated and cooled. Streams are capable of recuperating thermal energy, making it possible to reuse. In turn, graph theory allowed the optimisation of structure and the formulation of a mathematical problem. It helped to minimise the number of machines needed, namely to choose the structure of the heat exchange network in which there would be two additional machines instead of ten. Therefore, capital costs for the reconstruction of production are possible to reduce,” Boldyrev said.

The team of scientists continues to work on decarbonisation and reduction of harmful emissions of industrial and territorial complexes by developing new advanced methods for integration of industrial enterprises, the public sector, and the environment.