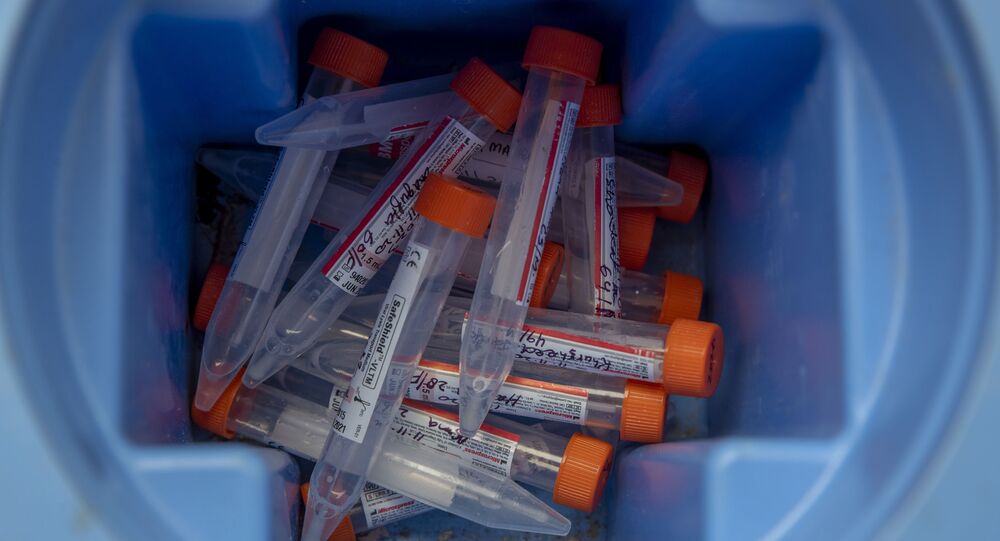 The billionaires are close to buying a company which has managed to develop a 10-minute COVID-19 test that it aims to make for as little as $1.

Microsoft founder and philanthropist Bill Gates is believed to have teamed up with George Soros and his Economic Development Fund in a deal to buy Mologic, a UK-based company which has developed a 10-minute coronavirus test, The Telegraph writes.

© AFP 2021 / DANIEL LEAL-OLIVAS
Why Would George Soros and Bill Gates Interfere With BoJo's Foreign Aid Cuts?
Their consortium will reportedly invest nearly £30 mln into Mologic to focus on development of the low-cost tests for tropical diseases such as dengue fever and river blindness. Founded in 2003, the company is currently owned by Foresight Group LLP and Calculus Capital.

Although the company has received a CE mark (Conformité Européenne) for its tests, they have yet to be approved for use in the UK or the US. Mologic was earlier given £1 mln by the UK government to develop its tests, but has accused the authorities of "stonewalling" its efforts to get the test used en mass in the country.

British media earlier reported that a group of philanthropists, including Gates and Soros, will offset the fallout from the UK government’s decision to reduce this year's spending on overseas aid from 0.7 percent of national income to 0.5 percent.