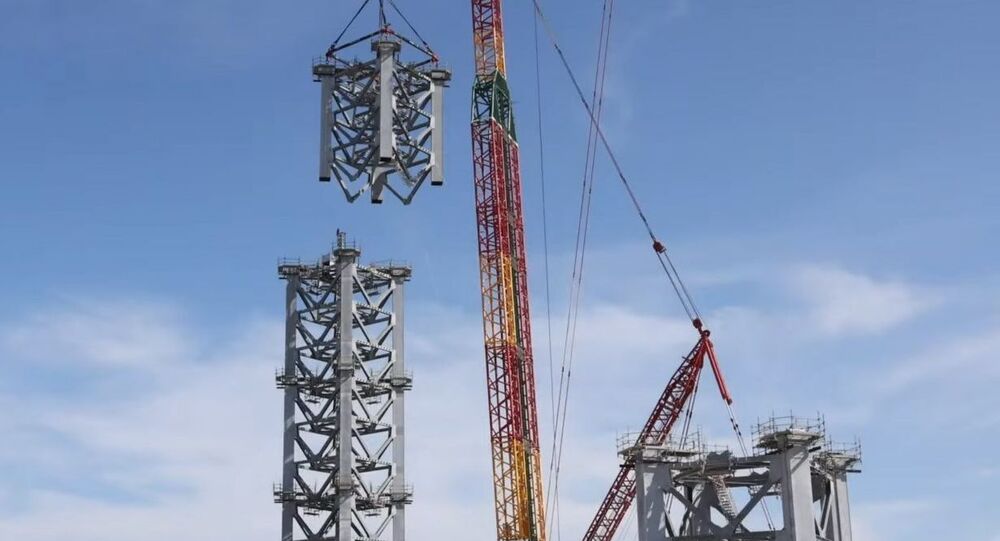 MOSCOW (Sputnik) - The massive launch tower for the Starship spacecraft at a SpaceX site in Texas may be demolished based on the results of an ongoing environmental review, CNBC reported, citing the Federal Aviation Administration (FAA).

"The company is building the tower at its own risk", a FAA official told CNBC.

The source in the agency also noted that the review might recommend demolishing the launch tower, the news stated.

Two months ago, the FAA sent a letter to SpaceX founder Elon Musk warning that the construction of the launch tower for the future Starship rocket was still unapproved and may be banned if the agency's environmental review of the facility in Boca Chica indicates that it is unsafe.

The FAA already completed one environmental assessment of the site in 2014, but it was specific to SpaceX’s smaller Falcon series of rockets. The review of the Starship development facility has been going on since last year.

So far, SpaceX has already ignored at least two warnings from the FAA concerning potential license violations in the Starship SN8 launch. According to the documents, Musk's company indicated launch speed above levels safe for launching spacecraft from a private site.

The space transportation system developed by SpaceX consists of a fully reusable Super Heavy launch vehicle and a Starship spacecraft. The system can be used to deliver satellites, crews and cargo both to near-Earth orbits and to the Moon and Mars.