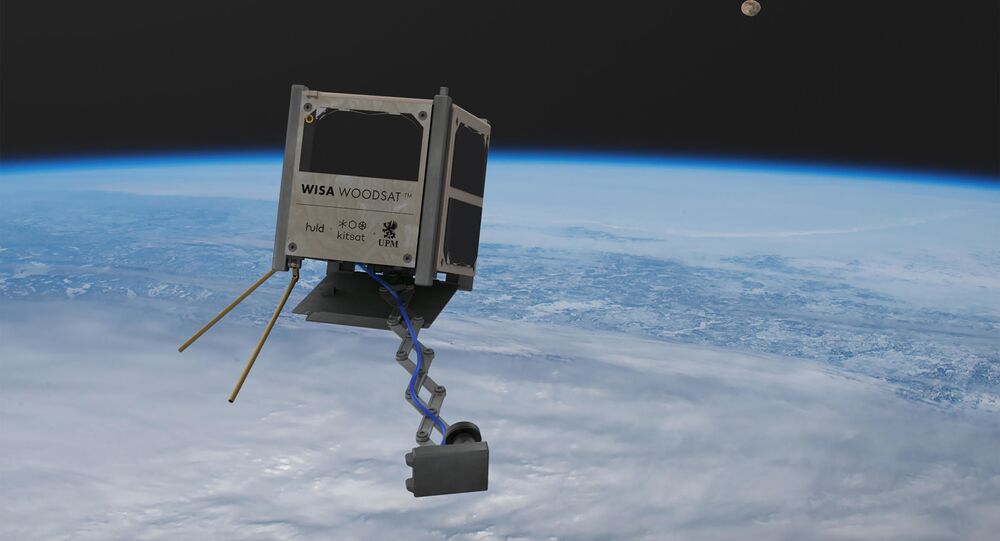 A Finnish company has received approval by the European Space Agency to launch a small cubesat made of wood later this year. The novel design is intended to reduce space debris, but its first mission will simply be to test what happens to wood in the cold vacuum of space.

It could become the first wooden object in orbit - it’s Woodsat, a test satellite made out of birch-plywood. If successful, it could allow for small satellites that won’t contribute to dangerous space debris or rain destructive materials back onto Earth.

“The world’s first wooden satellite is now certified for a rocket ride and the final pre-launch phase can begin,” Finnish forestry firm UPM announced recently. The company is the maker of the WISA plywood brand.

A cube measuring just 10-centimeters wide, Woodsat will test what happens to a specially treated object made out of plywood as it orbits the Earth for months on end, exposed to circumstances no wooden structure has ever experienced before.

European Space Agency
WISA Woodsat, a 10-centimeter cube sat made out of plywood

“The satellite was subjected to a rigorous vibration test, mimicking a ride to space atop of a rocket shaken by the engines. The satellite also faces hard acoustic noise from the engines accentuated by aerodynamic forces around the fairing,” the release stated. WISA Woodsat mission manager Jari Mäkinen noted it fared well, with just two screws loosening during the test.

Once in space, Woodsat will be subjected to the withering effects of ultraviolet radiation from the Sun which is unfiltered by the Earth’s atmosphere, and will be bombarded by atomic oxygen, a corrosive form of the element split from its breathable O2 form by the Sun’s rays. This will blacken Woodsat’s outer surface and “eat away at the surface much like a sandblaster beats bricks,” Riccardo Rampini, heading ESA’s Materials' Physics and Chemistry section, told Defense One.

While Woodsat’s plywood has been specially dried to prepare it for space, it will still vent gases like all wood, and that could have unanticipated effects on its systems, which will be busy monitoring the various effects of space on the materials of the satellite.

“The first couple of months will be the most interesting months for the outgassing because this is where you have the highest peak,” Rampini added. “If it survives two years, that would be good.”

According to the ESA, Woodsat will also carry a selfie stick to record its historic accomplishment  - one of the few objects on the satellite not to be made of wood, along with its other sensors. It will also include an amateur radio, allowing folks on Earth to bounce signals off it.

“In the end, Woodsat is simply a beautiful object in terms of traditional Nordic design and simplicity, it should be very interesting to see it in orbit,” Jari said. “Our hope is it helps inspire people to take increased interest in satellites and the space sector as something that already touches all our lives, and is only going to get bigger in future.”

Woodsat is expected to launch from New Zealand on a reusable Electron rocket before the end of the year.

‘Secret Satellite’ Launched From ISS Turns Out to Be Japanese CubeSat, US Space Command Says