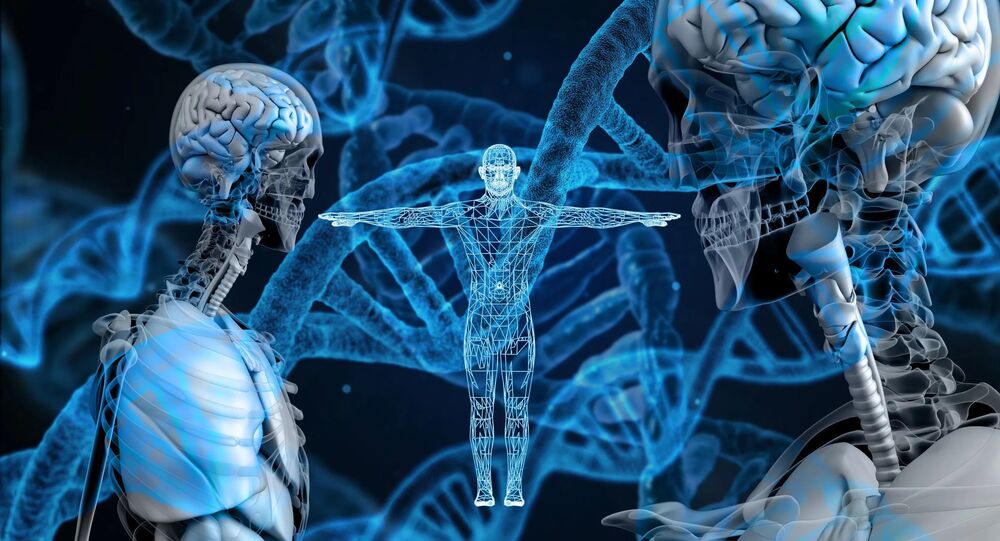 Researchers at Tomsk Polytechnic University (TPU) have succeeded in doubling the recovery rate of damaged bones using 3D-printed implants. According to the authors of the research, they have proposed a bio-active coating technology for the implant surface, which also saves a lot of time and resources.

Scientists say that the success of regenerative medicine today is closely linked to the development of implants made from composite biomaterials that mimic living tissue. Unlike single-phase materials that have a homogeneous structure, composites are composed of elements with different chemical and mechanical properties, making them much more accurate in reproducing the functions of damaged body tissue.

© Sputnik / Alexander Mokletsov
Russia Unveils Special Coating With Unique Properties for Radiation Protection
The most convenient and efficient technology for manufacturing implants is 3D printing, which produces products that take into account a patient's anatomy in detail. However, methods of applying composite coatings to such implants are only just beginning to be developed.

TPU researchers in a new study have determined the optimal structural parameters for titanium implants produced using 3D printing and proposed a method for improving them with a bioactive calcium-phosphate coating that provides accelerated restoration of damaged bones.

“Our coating is already successfully used in the world-renowned Ilizarov Scientific Centre for Restorative Traumatology and Orthopaedics: more than 400 patients between 6 and 50 years old from Russia, France and other countries have had implants with our coating fitted. It has also been successfully used in veterinary practice. According to the results of joint research with the centre's scientists, not a single case of body rejection of our implants has been observed so far, and the rate of normal bone and muscle structure recovery thanks to the coating has doubled”, Sergei Tverdokhlebov, associate professor at TPU's Weinberg Research Centre, said.

The novelty of TPU’s development lies in the combination of several methods of modifying the material, they say. This approach enables implants to be personalised not only in their shape, but also in their physicochemical and biological properties, which is necessary when treating complex pathologies and injuries.

“In this work, we have combined several methods: the micro-arc oxidation process formed a porous calcium-phosphate coating on the titanium surface, then the coating was impregnated with a biodegradable material which serves as a container for drugs and bioactive substances that improve the engraftment rate, and finally the plasma treatment using magnetron sputtering gave the material optimal properties for the growth of living cells on it”, Sergei Tverdokhlebov explained.

TPU scientists also used computer modelling to simulate the release of drugs placed on the implant. According to the researchers, this not only helps to optimise the properties of the product, but also reduces the amount of expensive experimentation, speeding up the introduction of new types of implants on the market.

The results of their study were published in the Modern Technologies in Medicine journal.

The developments are carried out within the framework of the Federal Target Programme. The industrial partner of the project is OsteoMed-M LLC. In the future, the scientific team plans to develop the technology of bioactive coatings for titanium and polymeric implants to treat osteoporosis and other complex bone tissue pathologies.