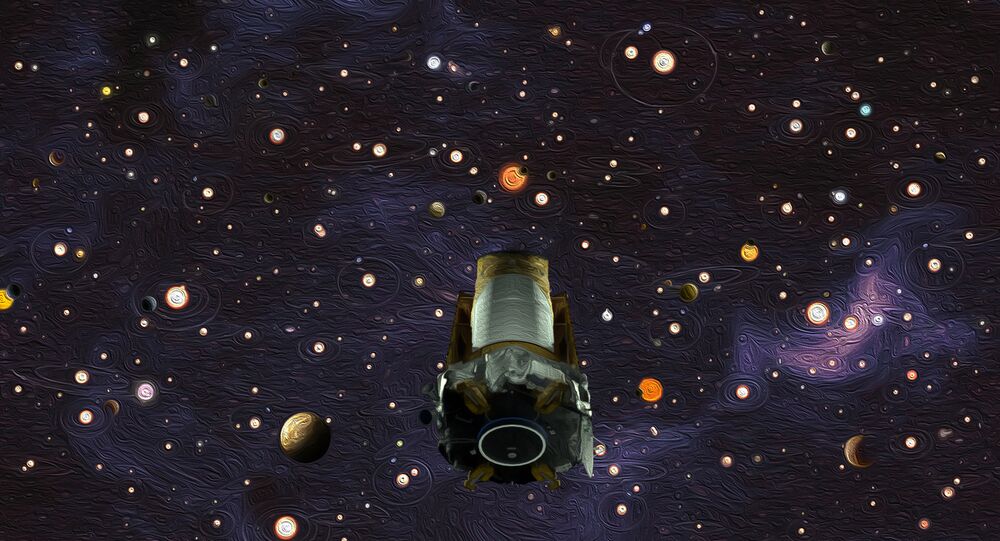 The data used by the scientists during their study was procured via the Kepler Space Telescope back in 2016.

A population of so-called rogue planets – i.e. planets that do not orbit a star – has been uncovered in the depths of space, SciTechDaily reports.

The team behind the new study, led by Iain McDonald of the University of Manchester, used the data provided by the NASA’s Kepler Space Telescope back in 2016 when it monitored "a crowded field of millions of stars near the centre of our Galaxy every 30 minutes in order to find rare gravitational microlensing events."

The researchers were able to identify a number of short-duration microlensing events, four of which are "new discoveries that are consistent with planets of similar masses to Earth", as the media outlet puts it.

Said new events apparently did not exhibit an accompanying signal that might indicate the presence of a host star, which may hint at them being rogue planets, possibly ejected from the star system where they originally formed.

"These signals are extremely difficult to find. Our observations pointed an elderly, ailing telescope with blurred vision at one the most densely crowded parts of the sky, where there are already thousands of bright stars that vary in brightness, and thousands of asteroids that skim across our field," said McDonald. "From that cacophony, we try to extract tiny, characteristic brightenings caused by planets, and we only have one chance to see a signal before it’s gone. It’s about as easy as looking for the single blink of a firefly in the middle of a motorway, using only a handheld phone."

Study co-author Eamonn Kerins, also of the University of Manchester, added that the Kepler Space Telescope essentially "has achieved what it was never designed to do, in providing further tentative evidence for the existence of a population of Earth-mass, free-floating planets".

"Now it passes the baton on to other missions that will be designed to find such signals, signals so elusive that Einstein himself thought that they were unlikely ever to be observed," he said. "I am very excited that the upcoming ESA Euclid mission could also join this effort as an additional science activity to its main mission."