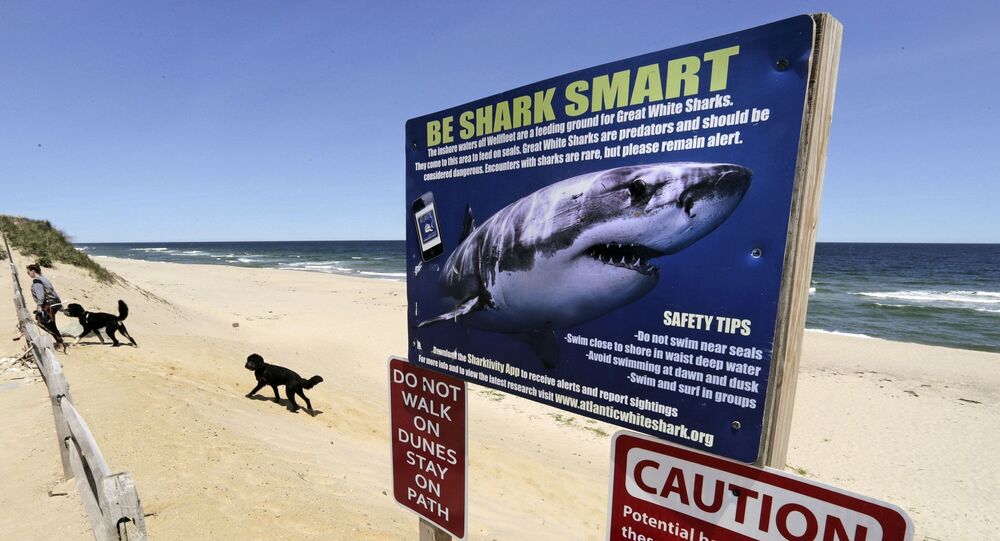 Different Species of Sharks Tend to Hunt in Shifts to Avoid One Another, Research Finds

Previously, researchers used to think that all sharks hunted at the same time, at dusk and dawn, but it turns out that different shark species that share the same habitat have varied foraging schedules, so those who want to swim in warm waters should take into account that sharks are there 24/7.

Different sharks species in the Gulf of Mexico have a set schedule for hunting, and this could make it easier for them to share resources and avoid each other, new research by Murdoch University in Perth, Australia revealed.

The peak activity of scalloped and great hammerhead sharks "substantially overlaps," with both species being most active at night.

"This is a relatively rare way of sharing resources in nature, but it could be more common than we think in understudied marine ecosystems," the study's lead author, Dr. Karissa Lear said in a subsequent statement. "We saw six species of large coastal sharks sharing common food resources in Florida by foraging at different times of the day."

To track the movements of the various species, the researchers fitted 172 sharks with acceleration data recorders, a similar technology that is used in many fitness-tracking smart gadgets. Thus, Lear and the other researchers were able to collect 3,766 hours of data in all.

1 / 4
© Photo : The Royal Society Publishing
Figure 1. Study site and capture locations. Map of capture locations of large coastal sharks caught during winter months (November–April; water temperature approx. 16–26°C) in the current study. Capture locations for all individuals caught (tagged and untagged) are shown as an indication of their spatial distribution within the study area.

Although it is unclear to the researchers why various shark species hunt at different times, they believe it allows them to coexist peacefully, share resources, and avoid colliding.

"This both reduced the competition for food and, for some species, reduces the chances of being preyed upon by larger species," one of the study's authors, Dr. Adrian Gleiss said. "Indeed, the timing is likely to be at least partially driven by hierarchy - forcing less dominant predators to forage in less optimal periods to avoid those larger sharks."

© CC0 / Pixabay
'Nature's GPS': Sharks Navigate Seas Relying on Earth's Magnetic Field, New Study Finds
In an interview with New Scientist, UK Bournemouth University's Georgia Jones suggested that such a time diversification could take place because "the bigger species – the tiger sharks – have their time and no one interferes with it, so they hunt whenever is best for them."

"Then smaller species like the blacktips will work around the times so that they’re not co-occurring with the tiger sharks, because tiger sharks will predate them," she added.

Sharks, as predators, play an important role in maintaining healthy ecosystems by exerting top-down control and altering the behavior of other species. This necessitates an understanding of their behavior and resource partitioning.

"To our knowledge, these results are the first example of diel temporal partitioning in a marine predator guild," Lear concluded. "Understanding the mechanisms that allow marine predators to coexist will help us to preserve and restore healthy, predator-rich marine systems."