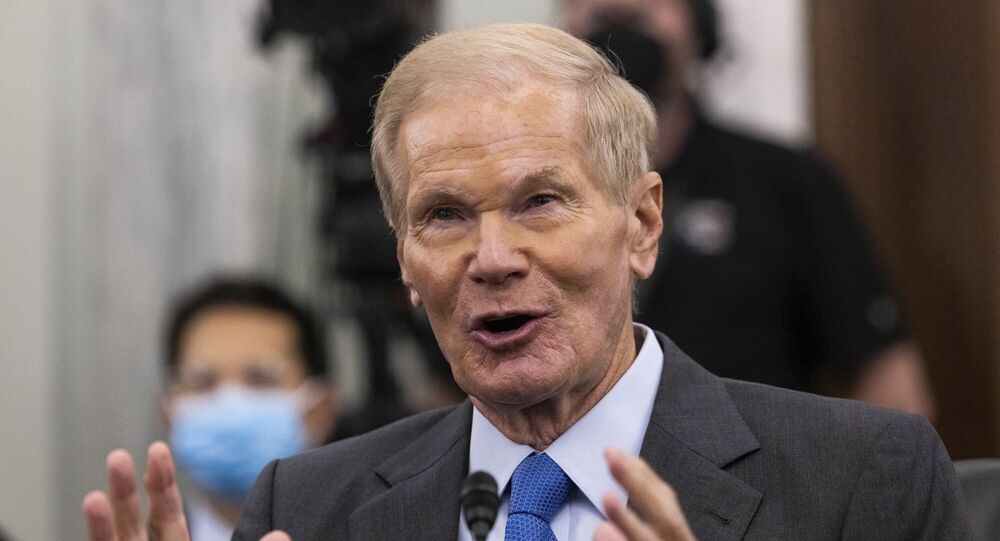 This marks the second time in a little over a week that the former astronaut has stated that humanity may not be alone in the universe. Nelson said he had read the classified version of the Pentagon's report on UFOs after it was released last month and feels "there is clearly something there."

NASA Administrator Bill Nelson stated in an interview with CNBC that intelligent life may exist somewhere in the universe besides Earth, and NASA is actively looking for indications.

"If you have a universe that is 13.5 billion years old — it is so big — is there another chance for another Sun and another planet that has an atmosphere like ours? I would say yes, so I think we’re going to get some indication that there’s intelligent life out there," Nelson spoke on the channel's "The News with Shepard Smith."

Nelson stated that NASA has been looking for intelligent life on planets in our solar system and elsewhere in space for years, and that the agency is searching for life to find other suns with habitable planets.

Part of this quest, according to the former Florida senator, includes discovering more about Mars.

On Monday, NASA's experimental helicopter Ingenuity flew for the ninth time on the Red planet. NASA's Jet Propulsion Laboratory shared in a tweet that Ingenuity soared for about three minutes, reaching speeds of up to five meters per second.

#MarsHelicopter pushes its Red Planet limits. 🚁
The rotorcraft completed its 9th and most challenging flight yet, flying for 166.4 seconds at a speed of 5 m/s. Take a look at this shot of Ingenuity’s shadow captured with its navigation camera. https://t.co/TNCdXWcKWE pic.twitter.com/zUIbrr7Qw9

​"This particular time, it’s scouting a very sandy region in order to determine should the rover go there and possibly get stuck in the sand, so Ingenuity is just doing amazing things," Nelson stressed.

Ingenuity's most recent flight was described by NASA as "the most nerve-wracking flight since Flight 1."

According to the Pentagon report on unidentified flying objects, released on June 25, the government cannot explain 143 of the 144 occurrences of UFOs observed by military planes from 2004 to 2021.

With the declassification of three videos by the US Pentagon in April 2020, the word UFO has been replaced in official documents by an "unidentified aerial phenomenon." The Navy has previously confirmed that the material was genuine, and that it depicted what pilots recorded on their video sensors during training flights in 2004 and 2015.

Nevertheless, the search for an explanation for these phenomena continues.