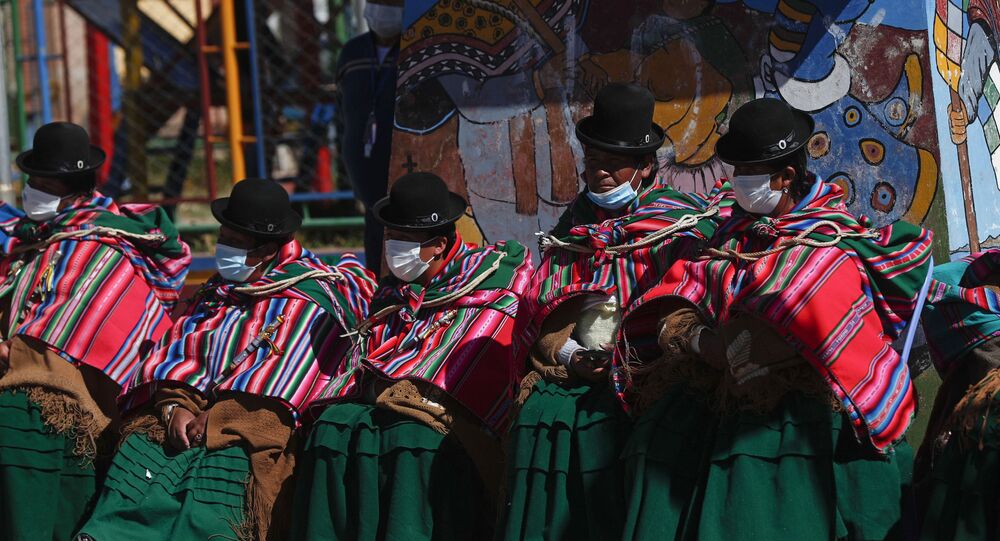 The Latin Lambda Variant of COVID-19: What Do We Know So Far?

With cases identified as far afield as the UK and Australia, the Lambda variant of the coronavirus is now causing worry around the world. But is it worse than the existing “variants of concern?”

Not to be confused with the Brazilian dance craze of the 1990s, the Lambda variant has now been identified in eight British COVID-19 cases.

The variant was first identified in Peru in December 2020, and has since spread to six other South American countries and 22 more in North America, the Caribbean, Europe, Israel in the Middle East, Zimbabwe in southern Africa and Australia.

In April and May this year, the variant accounted for four in every five cases in Peru, and a significant proportion in neighbouring Chile, Argentina, and Ecuador.

“That would suggest its rate of transmission is higher than any other variant”, said Professor Pablo Tsukayama from Peru's Cayetano Heredia University.

The dominance of the variant prompted the World Health Organisation (WHO) to declare it a "variant of interest" on 14 June.

Of the UK's eight known cases as of June 30, at least the first six were linked to foreign travel.

Australia's first case was identified in June this year in a traveller who was forced to quarantine in a New South Wales hotel in April, national genomics database AusTrakka revealed.

Russia's Vektor Centre, where the EpiVacCorona vaccine was developed, said last week there were no cases identified in the country yet.

Symptoms of the Lambda variant are similar to others, including fever, cough, and loss of smell and taste.

Researchers at the University of Chile said over the weekend that the Lambda variant's surface antigens had mutated enough to avoid antibodies produced in response to the Chinese Sinovac vaccine.

“Our data show for the first time that mutations present in the spike protein of the Lambda variant confer escape to neutralising antibodies and increased infectivity”, they said.

© AP Photo / Mark Schiefelbein
Lambda COVID-19 Strain May be Resistant to Vaccines, Reports Suggest
The mutation, dubbed L452Q, is similar to the L452R type found in the Delta and Epsilon variants. Delta has become the UK's leading "variant of concern" in recent months, despite the lack of firm evidence that the so-called Indian variant is more lethal than previously-identified strains.

Like with the Delta variant, the Peruvian type is also thought to spread faster through the population.

“Lambda has a unique pattern of seven mutations in the spike protein that the virus uses to infect human cells. Researchers are particularly intrigued by one mutation called L452Q, which is similar to the L452R mutation to contribute to the high infectiousness of the Delta variant”, said Jeff Barrett from London’s COVID-19 Genomics Initiative at the Welcome Sanger Institute.

But a study published on Monday found evidence that messenger RNA-type vaccines, such as the Pfizer-BioNTech and Moderna jabs, are still effective against the variant.

British health officials backed that assessment, adding there was no indication Lambda was deadlier either.

"There is currently no evidence that this variant causes more severe disease or renders the vaccines currently deployed any less effective", Public Health England (PHE) said.

But data from Peru showed a mortality rate from the new variant of nearly 600 per 100,000 or six percent — twice as high as the roughly three percent seen in other countries.

PHE has, however, declared Lambda a "variant under investigation". The UK is relying on the success of its immunisation programme to prevent a third wave of infections from translating into a spike in hospitalisations and deaths as the final lockdown restrictions are lifted later this month.