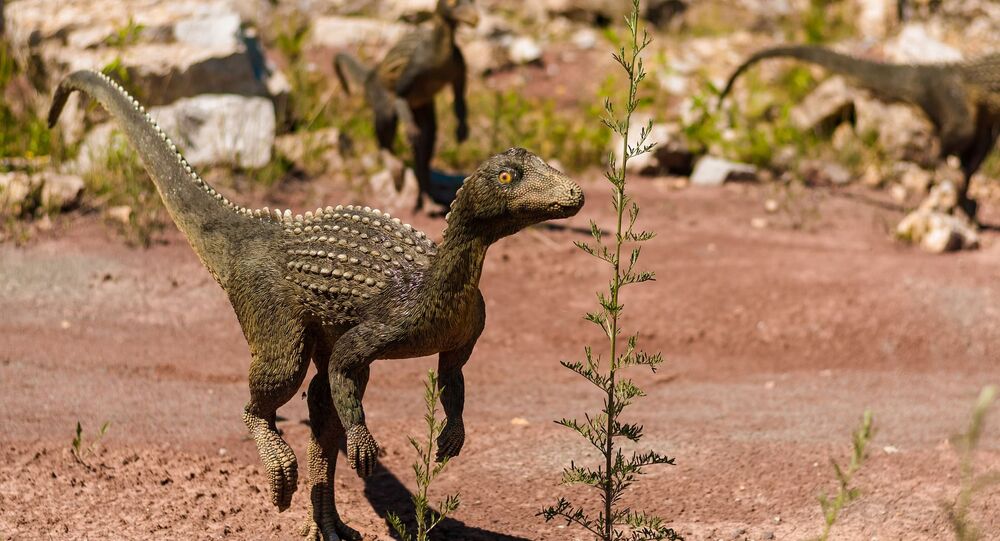 The newly discovered insects appear much older that insects previously found in amber deposits which “usually date no further back than 140 million years."

The perfectly preserved remains of prehistoric insects dating back to about 230 million years ago were discovered by scientists in the fossilised excrement of a dinosaur, Science Alert reports.

According to the media outlet, the insects are the first to be described from fossilised feaces (coprolites), with researchers naming the new species Triamyxa coprolithica.

"I was really amazed to see how well preserved the beetles were, when you modelled them up on the screen, it was like they were looking right at you," said Martin Qvarnstrom, paleontologist from Uppsala University.

Having placed the newly-discovered insects into a family of its own, Triamyxidae, scientists also suspect that these tiny creatures may be an extinct offshoot from the Myxophaga suborder of beetles.

© CC0
Dinosaurs Used to Live in Arctic, May Have Been Warm-Blooded, Scientists Say

The excrement in which the insects were found was supposedly left by a two-metre long dinosaur known as Silesaurus opolensis.

As the media outlet notes, these beetles are much older than insects discovered in amber deposits which "usually date no further back than 140 million years," with scientists suspecting that dinosaur poop may yield more similar discoveries in the future.

"In that aspect, our discovery is very promising, it basically tells people: 'Hey, check more coprolites using microCT, there is a good chance to find insects in it, and if you find it, it can be really nicely preserved'," said Martin Fikacek, an entomologist from the National Sun Yat-sen University.