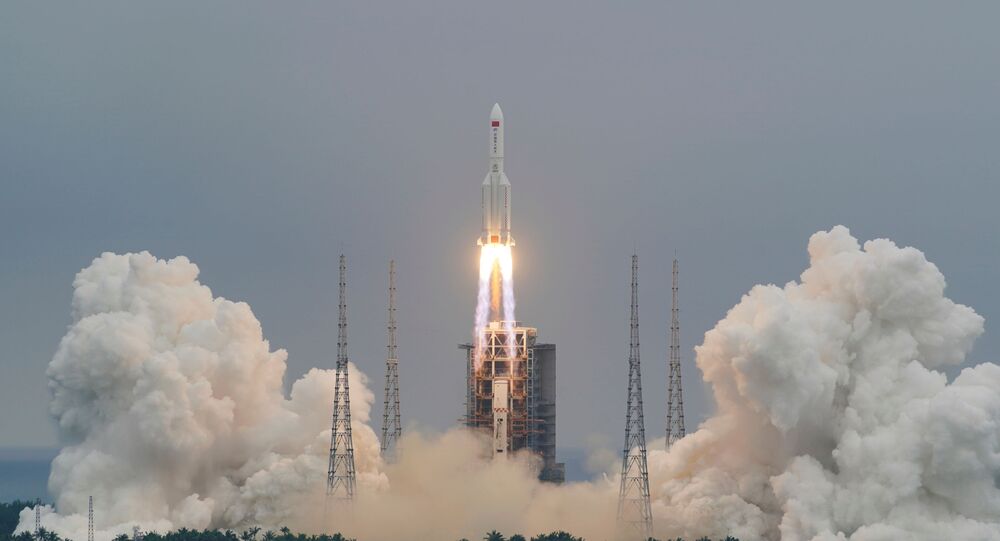 The two astronauts exited the Tianhe core module to work on setting up a robotic arm that will be used to assemble the rest of the station, according to a live broadcast from CCTV. Commander Nie Haisheng stayed inside the core cabin.

The Sunday spacewalk was the first to be carried out by Shenzhou-12 crew members; it was also the first outer space activity for Chinese astronauts in the past 13 years.

China launched the Long March 5B carrier rocket with the main module (Tianhe, or "Harmony of the Heavens") for China's future orbital station at the end of April. Tianhe will be the control hub for the Tiangong (or "Heavenly Palace") orbital station.

China expects to finish assembling its first space station in lower Earth orbit by 2022. The country has planned several missions, both cargo ship and crewed ones, across 2021 and 2022 to complete the complex.