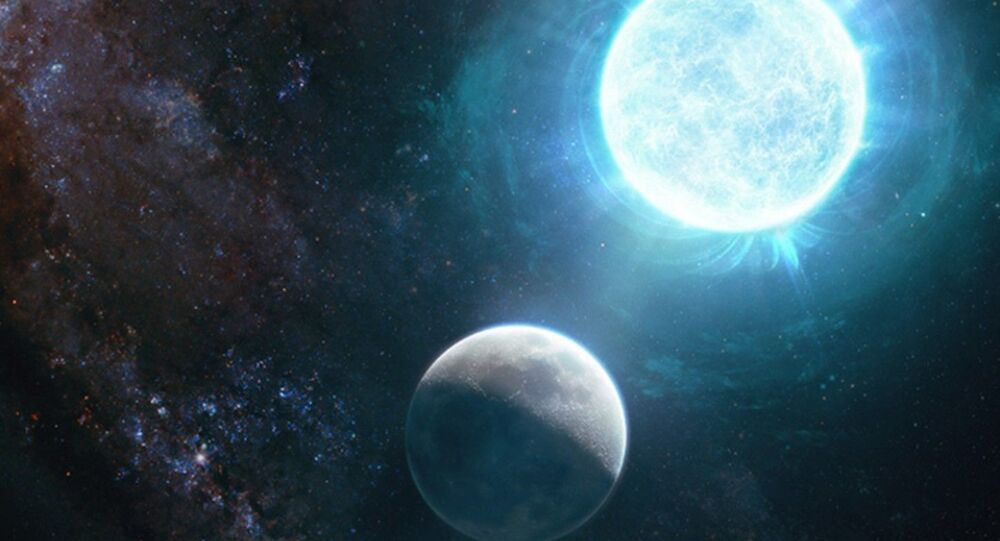 White dwarfs are ancient stars that develop after having exhausted their nuclear fuel and expelling the majority of its outer materials. Typically, said stars carry about half the mass of the Sun and maintain a size just slightly larger than the Earth. However, that’s not the case for all, it seems.

Astronomers surveying the cosmos have uncovered quite the unusual and highly unexpected find: a white dwarf star similar in size to the Earth’s moon that has a mass far greater than the Sun.

Located about 130 million light-years from Earth, the star, named ZTF J1901+1458, is described as having an “extreme” magnetic field that allows it to complete one full revolution in under seven minutes.

Officials determined that the newly-discovered white dwarf is 1.35 times the mass of the Sun, with a diameter that measures in at about 2,670 miles, nearly 500 miles more than the Earth’s moon.

At the recorded diameter, the measurement ranks the star as among one of the smallest white dwarfs tracked by astronomers. Previous record-holders were stars RE J0317-853 and WD 1832+089, both of which had diameters measuring roughly 3,100 miles.

Astronomers believe that the white dwarf is the result of two less massive, orbiting white dwarf stars that eventually collided with one another and merged. It’s also thought that the subject may later evolve into a neutron star.

“This is highly speculative, but it’s possible that the white dwarf is massive enough to further collapse into a neutron star,” Ilaria Caiazzo, the lead author of the study, said in a statement released by the Keck Observatory.

Although the star was discovered by the Zwicky Transient Facility at Caltech’s Palomar Observatory, several additional observatories, including Keck, aided in astronomers’ efforts to uncover details of the find.

“[The star] is so massive and dense that, in its core, electrons are being captured by protons in nuclei to form neutrons. Because the pressure from electrons pushes against the force of gravity, keeping the star intact, the core collapses when a large enough number of electrons are removed,” Caiazzo added.

As the discovery has only marked the beginning of the investigation into the “very special” star, officials intend to use the revelation to further understand the occurrence of white dwarfs.

The team’s findings were published in the July issue of the journal Nature.