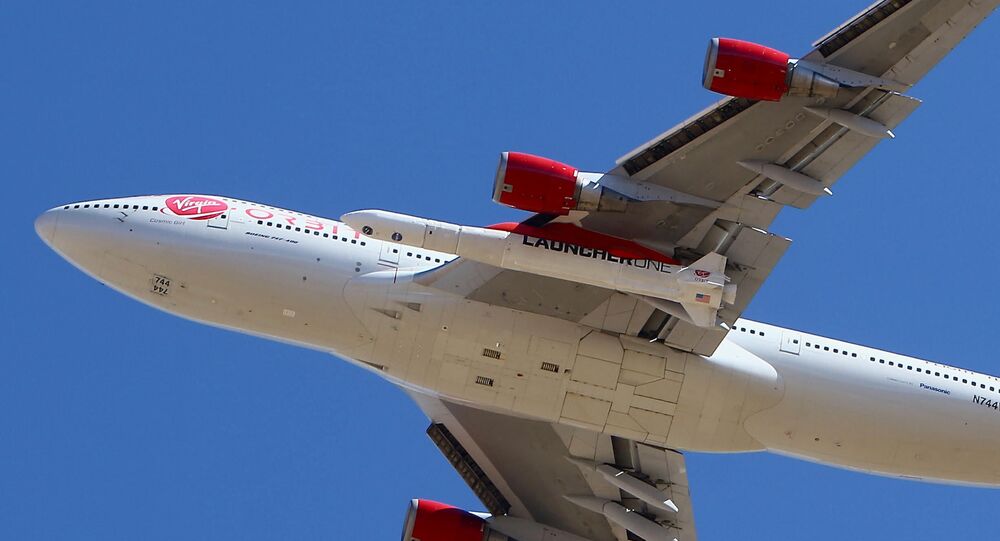 Back in January, Virgin Group subsidiary Virgin Orbit confirmed that its LauncherOne rocket reached Earth's orbit and deployed 10 payloads for the Launch Services Program of the US National Aeronautics and Space Administration (NASA). The launch came as Virgin Orbit's second LauncherOne mission, and the first successful demonstration.

To begin its "Tubular Bells: Part One" mission, Virgin Orbit's Cosmic Girl - a modified Boeing 747 jet - traveled from the Mojave Air and Space Port in Mojave, California, to a drop point off the coast of Southern California.

Around 7:47 a.m. local time, Cosmic Girl released its LauncherOne rocket, which then completed a two-stage separation that allowed it to "perfectly hit" the target orbit and deploy its payload.

Preliminary analysis of the data tells us we perfectly hit our target orbit and payloads are deploying. #TubularBells

Virgin Orbit disclosed via Twitter that two of the launched satellites - 3U CubeSats STORK-4 and STORK-5 - belong to Polish developer SatRevolution. The company noted in a Tuesday release that it had signed a "Memorandum of Understanding" with the Wrocław, Poland-based developer, agreeing to potentially launch "hundreds of additional satellites."

BRIK-II, another payload launched on Wednesday, is a 6U military CubeSat military of the Royal Netherlands Air Force. The military satellite will reportedly allow the Dutch military to test communications technologies to determine the usability of CubeSats to support combat operations.

Names of the remaining four satellites were not divulged, but the launch company did note the CubeSats were linked to the Rapid Agile Launch Initiative of the US Department of Defense's Space Test Program.

The Pentagon program's mission, dubbed STP-27VPA, is the first of its kind.

There is no greater sight in the world. Or off it.

Congratulations to our three customers on a perfect start to their missions. #TubularBells pic.twitter.com/khpFEOqddX

"The team did a phenomenal job," said Virgin Orbit Chief Executive Officer Dan Hart, as reported by SpaceNews. "Every single countdown has its own personality. This one had a couple of little, tiny turns along the way. The team just jumped on those, resolved them quickly."

Virgin Orbit conducted a livestream of the event that has since been archived on YouTube.

Wednesday's mission marks the third demonstration of the LauncherOne, and the second consecutive successful launch for Virgin One.

Virgin Group founder Richard Branson said the launch company's "magnificent flight is the culmination of many years of hard work and will also unleash a whole new generation of innovators on the path to orbit."