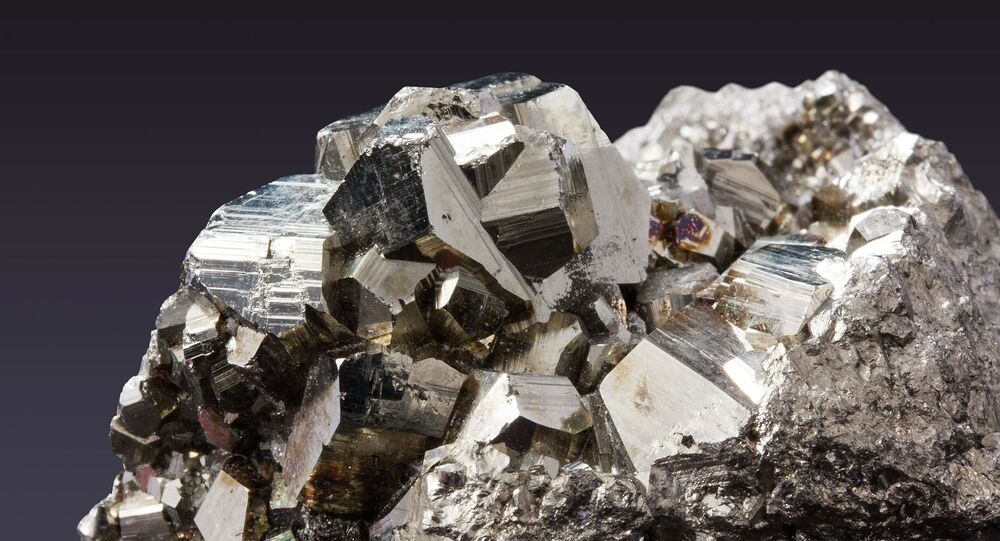 Pyrite has been called fool’s gold because of its resemblance to the precious metal. During the gold rush in the United States many prospectors celebrated too soon thinking they had discovered a large valuable nugget, when in reality it was pyrite, otherwise known as iron sulphide.

An international group of scientists claims that iron sulphide, or pyrite - and better known as fool’s gold - is not quite as worthless as it's laughingly reputed to be. According to the results of their study, published on 24 June in the journal Geology, the mineral does in fact contain trapped within it tiny amounts of the precious metal which it is meant to resemble.

"Previously gold extractors have been able to find gold in pyrite either as nanoparticles or as a pyrite-gold alloy, but what we have discovered is that gold can also be hosted in nanoscale crystal defects, representing a new kind of invisible gold," said Dr Denis Fougerouse, from Curtin University's School of Earth and Planetary Sciences in Perth, Western Australia.

The more deformed the crystal is, the more gold is hidden in its defects, which are called dislocations, researchers say. According to Dr Fougerouse, the discovery gives some insight into how mineral desposits are formed and may lead to new, more environmentally friendly ways to extract gold, namely by helping gold miners to cut greenhouse gas emissions, which trap heat in the Earth’s atmosphere.

"We looked into an extraction process called selective leaching, using a fluid to dissolve the gold selectively from the pyrite. Not only do the dislocations trap the gold, but they also behave as fluid pathways that enable the gold to be 'leached' without affecting the entire pyrite," Dr Fougerouse said.