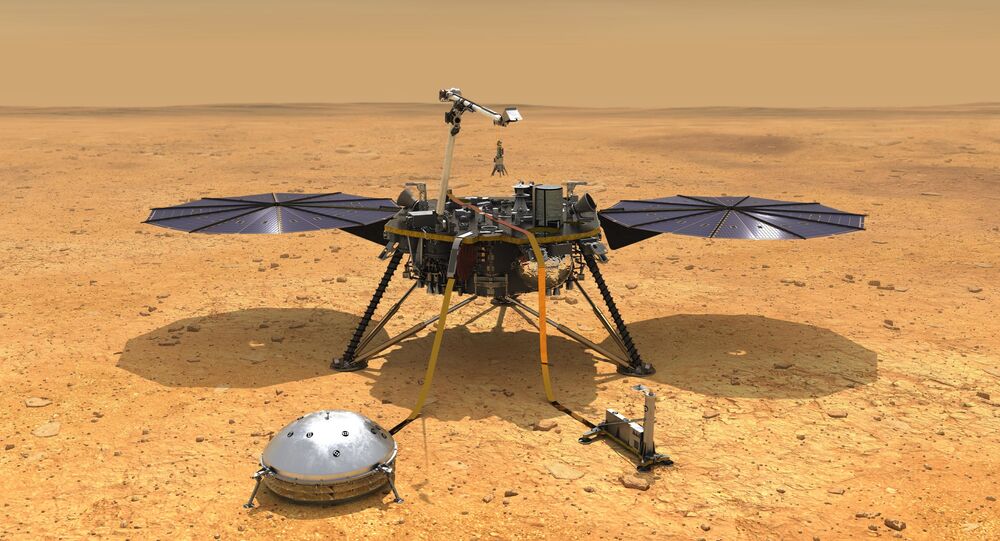 The robotic vehicle has been roaming the Martian surface since 2018. Manufactured by Lockheed Martin Space Systems, InSight's main aim is to measure the planet's seismic activity as well as to provide accurate 3D models of its interior.

NASA has revealed that its Martian lander InSight may die this year due to Martian dust. According to the space agency, dust had affected 80 percent of the explorer's solar panels, leaving it with less than 700 watt-hours of power per sol (Martian day, which is a bit longer than an Earth day).

NASA said the problem is not new. Previous probes and landers too have been affected by Martian dust, but the problem was resolved by dust devils that cleaned off the solar panels and allowed the devices to last "years past their designed lifetime". However, the hundreds of dust devils that passed InSight couldn't clean the "dinner-table-size panels". The robotic arm installed on the lander too failed to deal with the issue.

Another detail that is exacerbating the situation is the fact that the Red Planet has been moving farther way from the Sun, meaning the device will receive even less energy.

In order to conserve the power, NASA researchers decided to temporarily turn off some instruments, including sensors that collect weather and magnetic field data. Scientists say they expect InSight to die some time this year, although they note that the explorer may survive through Spring 2022.