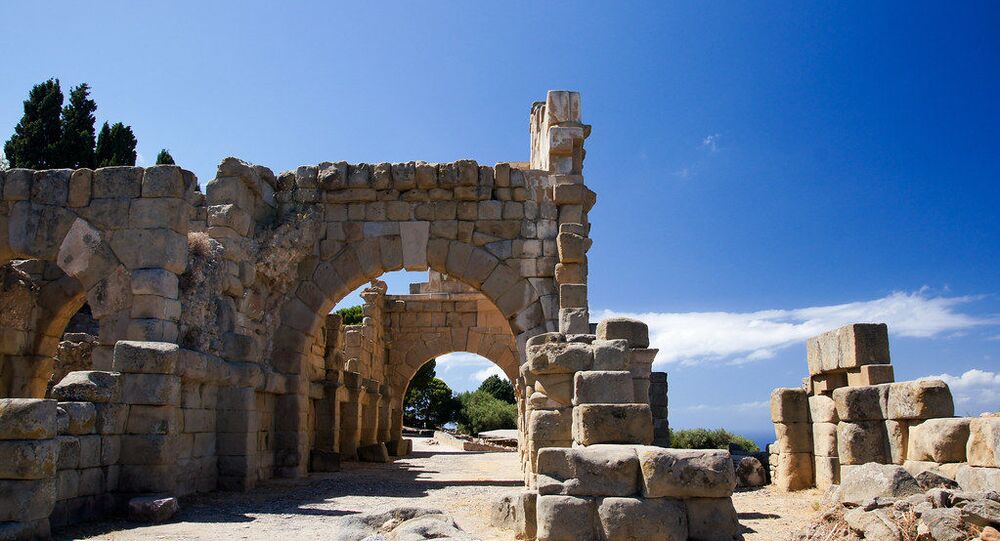 From about 831 to 1091, the Islamic kingdom known as the Emirate of Sicily ruled over the island of Sicily, with the city of Palermo serving as a key cultural and political hub for the Muslim world. The consumption of pork is declared "haram" in Islam, which is stated explicitly in the Holy Qur'an.

While Sicily was under Islamic authority for nearly three centuries, some locals ate pork despite religious regulations prohibiting it, a newly published study found.

Food residue on 134 medieval cooking pots used between the 9th and 12th centuries AD was studied by an international team of experts, demonstrating that the medieval Sicilian diet was heavily influenced by where people lived and what food was available locally.

According to the research, titled "New insights into early medieval Islamic cuisine: Organic residue analysis of pottery from rural and urban Sicily" and published in PLOS, around 83 fragments came from Palermo and 51 from the Casale San Pietro site, which is located on the plain outside of Castronovo di Sicilia in the province of Palermo in the middle of Sicily.

Residents of Palermo, just like most of their Islamic conquerors, ate beef, mutton, and a variety of vegetables. However, those who lived outside of the city instead ate dairy goods and grapes (and likely also made wine which was exported from the island), as well as the banned pig flesh, research revealed.

"Analysis of residues preserved in pottery has, for the first time, revealed important insight into cuisine in medieval Islamic Sicily. We have identified a diverse range of products processed in cooking wares, as well as regional differences in the use of ceramics such as for the processing of dairy and grapevine products," the research abstract said.

"The consumption of pork and alcohol are prohibited in the hadiths but, to what extent these restrictions were observed in early medieval daily life is questionable, particularly in a pluralistic society as was Sicily at this time," the authors noted.

Interestingly, despite the fact that most of the residue recovered was from pork, the scientists found no evidence that the medieval Sicilians consumed marine or freshwater products, which are common among modern islanders.

"The consumption of pork is forbidden as part of the Islamic religion, which is reflected by its absence from culinary literary sources. However, the complete absence of pork in Sicily during this time cannot be assumed," the research said. "For all of the four sites investigated, faunal remains of caprine (both sheep and goats), cattle and domestic fowl have been identified."

According to the scientists, the blend of a broad array of food products is compatible with the colorful foods mentioned in Arabic literature, and the variations observed between rural and urban places indicate that there is still more to learn about how Sicilian society's traditions differed.

"With the Islamic green revolution, certain vegetables, fruits and cereals gained new importance and written sources of Islamic and complex mixtures of herbs, spices and vegetables are well documented in Arabic literature," the study said. "Alongside spinach, eggplant and artichoke, other vegetables mentioned in historical sources include turnip, cabbage, cauliflower, onion, garlic and leek."