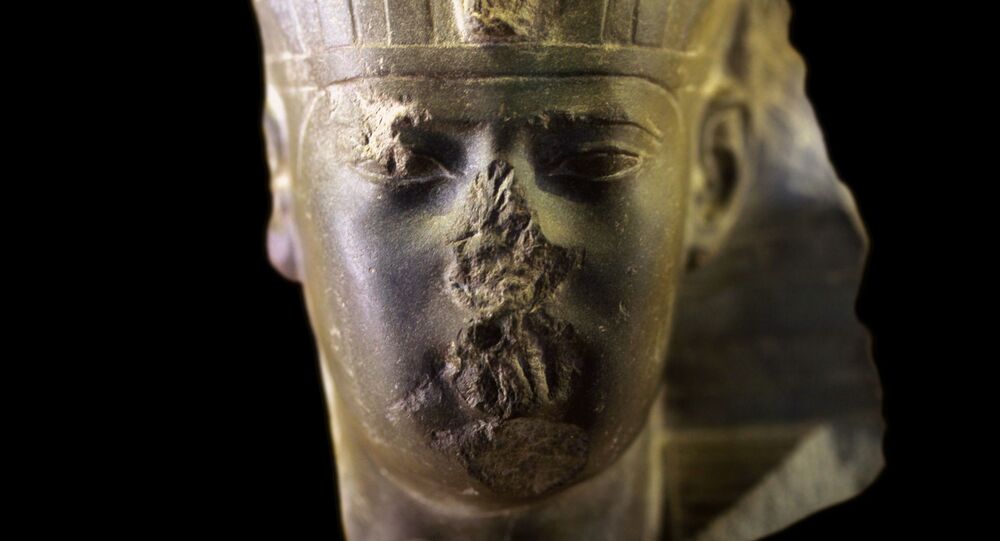 The tablet is apparently related to the reign of Pharaoh Apries who ruled from 589 to 570 BC as the fourth king of the 26th dynasty of the Late Period, pre-Ptolemaic. He is also known as Wahibre Haaibre and referred to as Hophra in the Old Testament book of Jeremiah.

An Astone tablet, or stele, was discovered by an Egyptian farmer which dates back 2,600 years, to the period of an Egyptian pharaoh mentioned in the Bible's Old Testament who was later strangled to death by his own subject, the Arab country's Ministry of Tourism and Antiquities announced.

The sandstone slab, which measures around 2.31 meters (91 inches) tall and 1.04 meters (41 inches) wide, was discovered earlier this month by a farmer plowing his land in the Ismailia Governate, about 96 kilometers northeast of Cairo.

Mostafa Waziri, secretary general of the Egyptian Tourism and Antiquities Ministry, said in a statement that the stele appears to be related to a military campaign east of Egypt led by Apries, and is likely a border stone set by the ancient military.

A winged sun disk, presumably attributed to the Egyptian sun god Ra, is carved at the tablet's top, with a portrayal of Apries and 15 lines of hieroglyphic writing below. According to the statement, Egyptian archaeologists are currently attempting to decipher the hieroglyphics on the stele.

Apries succeeded his father, Psamtik II, as pharaoh after his death in 589 BC. But his reign was characterized by internal struggle and military failures, as his aid to King Zedekiah of Judah was fruitless, and the Babylonians looted Jerusalem and destroyed the First Temple just a few years into Apries' reign after an 18-month siege.

It is uncertain at the moment if the war campaign in the East mentioned previously is related to the failed defense of Jerusalem or a different war.

The destruction of Jerusalem was followed by a military revolt and a humiliating military defeat by the Greeks in Libya, sparking a civil war. Many Egyptians rallied around general Amasis II, who had declared himself pharaoh in 570 BC. Apries, according to some historians, was killed in combat while attempting to recover the throne from Amasis.

However, in his work Histories, written over a century after the events, the famous Greek historian Herodotus stated Apries made it back to Memphis, Egypt's ancient capital, where he was strangled to death and buried with his father by his vindictive former people.

Ancient Egypt's Late Period spanned roughly from 664 to 332 BC. The end of Egypt's independence and the beginning of the Hellenistic era was marked by Alexander the Great's conquest and the installation of the Ptolemaic dynasty by Macedonian Greece.

Apries is mostly known to historians thanks to mentions in Herodotus' work and the Old Testament, with only a few relics from his reign being discovered. One such relic is an obelisk erected by Apries at Sais, which Roman emperor Diocletian transferred to Rome in the third century, and today it stands outside the Santa Maria sopra Minerva basilica church.