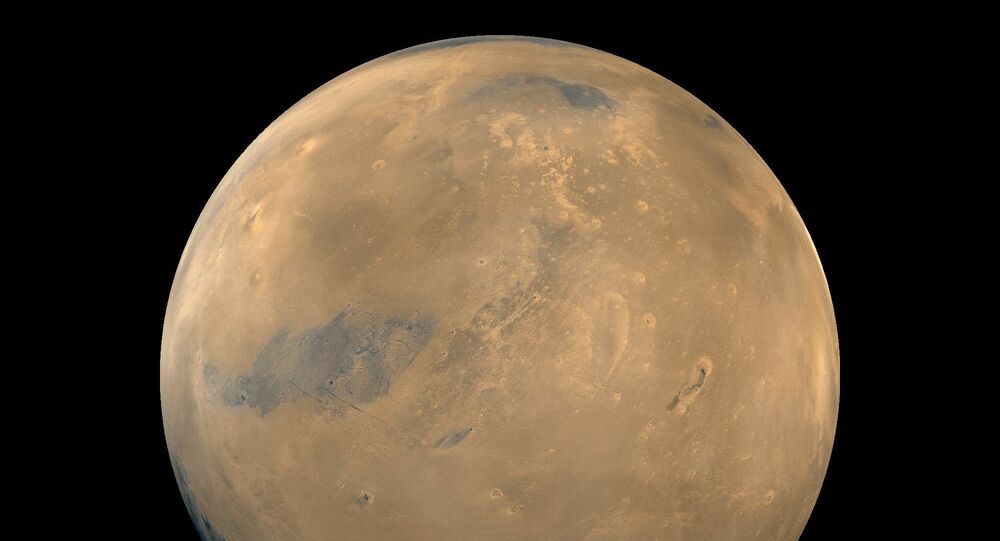 ‘Sky Ladder' to Beam Humans, Cargo to Mars Reportedly in the Works as Part of China’s Space Goals

Following the announcement of China's planned crewed missions to the Red planet, and in the wake of the country’s success deploying the Tianwen-1 Mars probe and its launch of three Chinese astronauts, or taikonauts, to its space station, Beijing is turning up the heat on the space race.

Buoyed by its recent impressive space successes, China is gearing up for even more ambitious projects, reported the nation’s state-owned media, The Global Times.

Currently in the pipeline, according to the report, is a "sky ladder" to Mars – a delivery system made of carbon nanotubes able to shoot humans and cargo up to future space stations. As a result, transport costs for space voyages could be slashed to stand at just 4 percent of those currently predicted.

The ambitious project was hinted at by Wang Xiaojun, head of the state-owned China Academy of Launch Vehicle Technology (CALT).

Wang Xiaojun, head of state-owned prime rocket contractor #CALT, disclosed that China is planning a three-stage #Mars manned missions to build a #Mars base. First launch could come as early as 2033. https://t.co/gM2AO5xfd3 pic.twitter.com/rwxAZpafOH

The head of the country's top rocket manufacturer unveiled a roadmap for the country's future manned Mars exploration missions in his speech, "The Space Transportation System of Human Mars Exploration" at the Global Space Exploration Conference (GLEX 2021) via a virtual link, according to the outlet.

Wang stopped short of revealing any details regarding how this sky ladder all the way to Mars might function. Nevertheless, it was underscored as a starting point for future transport missions to the red planet.

Earlier in the year, Xinhua News posted a video modelling how a delivery system for journeys to the moon might look, with a capsule seen propelled from Earth to a Chinese space station.

Subsequently, it glided to another space station before reaching the lunar landing pad.

The announcement comes in the wake of China's success with deploying its successful Tianwen-1 Mars probe, and its launch of three taikonauts to its Tiangong space station.

China on Thursday launched the crewed spacecraft #Shenzhou12, which is expected to send three astronauts to its space station core module #Tianhe for a three-month mission. pic.twitter.com/t0vXP45cL1

After two unmanned cargo vessels delivered goods to the station, the three taikonauts blasted off from Earth on 17 June in the Shenzhou 12 mission, China’s seventh manned space mission.

Congratulations to the #China National Space Administration on the launch of three 'taikonauts' on their #Shenzhou 12 mission to the #Tianhe (Heavenly Harmony) space station. https://t.co/AUWtGYHOmW

China a Major Competitor of US in Space, Says Ex-ISRO Chief Who Backs India's Cooperation with CNSA