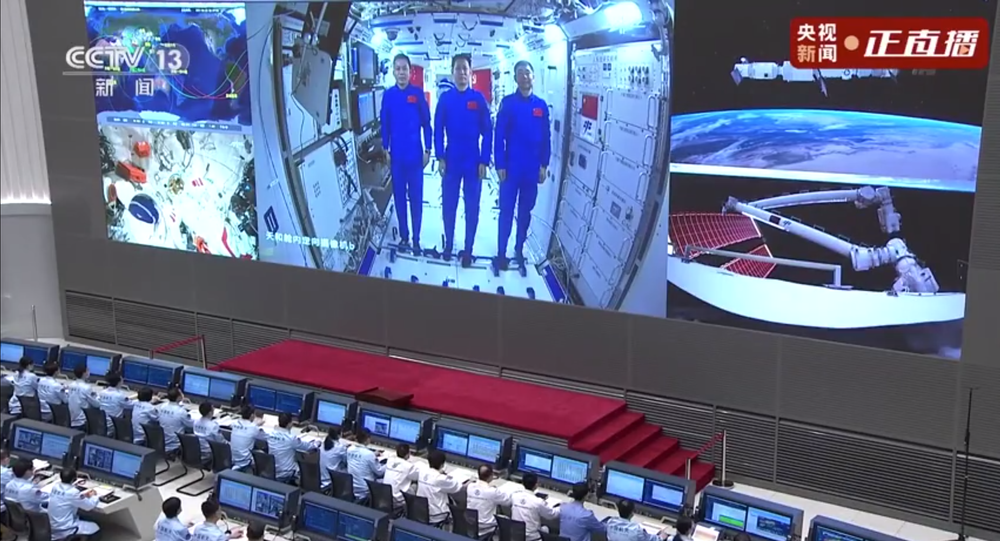 China’s first taikonauts to visit the new Tiangong space station have gotten a chance to test out some of the core module’s new features, including living spaces and amenities. However, while this leg of the Chinese space program is just beginning, some engineers are looking much further ahead, to sending taikonauts to Mars.

Tianhe, the core module of the Tiangong space station, was launched into orbit on April 29, 2021. After two unmanned cargo vessels delivered goods to the station, the three taikonauts blasted off from Earth on June 17 in the Shenzhou 12 mission, China’s seventh manned space mission, and arrived at Tianhe a few hours later.

"You are the first astronauts stationed in the core module Tianhe and will stay in space for three months," Xi told the trio, according to Xinhua News Agency. "We all care about you very much."

The three taikonauts will stay on Tianhe for three months, readying its systems for subsequent missions and testing out new technologies that range from four docking ports to ion engines for maneuvering and even realistic space food.

A constellation of three Tianlian tracking and relay satellites help the space station maintain a connection with ground control at 5G speeds of roughly 1.2 gigabits per second. Because of their array, Tinahe is connected to the ground 90% of the time.

Yi Yusheng, chief designer of the space station's measurement, control and communication subsystem at the China Academy of Space Technology, told the Global Times the taikonauts could use the internet connection like any other down on Earth, including exchanging emails, holding video calls, and even streaming TV programs.

"They can also have private phone calls with their families using a special telephone, which will not be heard by any of the ground control staff," Yi said.

Other tasks they have engaged in include unloading supplies from the unmanned Tianzhou supply craft and preparing the station’s equipment for an eventual manned spacewalk. The station’s huge robotic arm was described by Global Times as “the most complex and most intelligent system in space,” and its 25-ton loading capacity is capable of moving the station’s space lab modules, greatly aiding the taikonauts in their tasks.

A series of scientific research and telescope modules are expected to follow in the coming years, with the fully assembled station being about one-fifth the mass of the International Space Station and roughly equivalent to the Russian Mir space station, which was the largest man-made object in space until it was retired and deorbited in 2001.

Wang told the Global Times Wednesday that in the wake of the successful Tianwen-1 Mars probe, he envisions three stages to a manned mission to the Red Planet. The first stage is technology preparation, in which androids are sent to Mars to explore a potential base site and send back soil samples. In the second stage, humans travel to Mars and begin construction of a Mars base. The third stage is the establishment of a steady stream of cargo shuttles and the larger-scale colonization of Mars.

All of this, he says, could be begun by 2043. However, the China National Space Administration (CNSA) is only looking at beginning a manned lunar base by 2036 - a project it revealed in April to be working with Russia’s Roscosmos on.