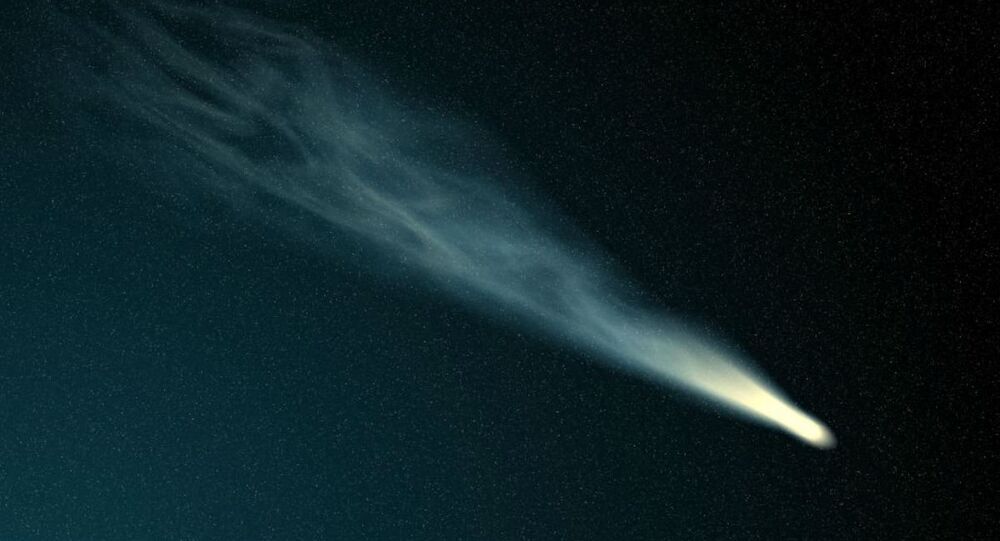 Astronomers have recently been reviewing the Dark Energy Survey to map thousands of supernovae and many millions of galaxies in an attempt to learn more about the expansion of our universe, after they came across something completely unexpected.

A giant rock, said to be either a “mega-comet” or a minor planet, is making its way through the Solar System, according to NASA’s tracking system.

The object which, based on its brightness, is estimated to be between 100 and 370 kilometres wide, was discovered only recently after astronomers dug into the Dark Energy Survey system, which previously recorded galactic data between 2014 and 2018.

Titled 2014 UN271, the rock is believed to be a Trans-Neptunian Object, meaning it orbits the Sun and is beyond Neptune - the last planet in our solar system before Pluto. Usually these objects are a mixture of ice, rock, carbon dioxide, methane and other substances, but the giant’s composition is still unclear.

The 2014 UN271 is unusual not only because of its enormous size - although scientists are still dubious about the rock’s real dimensions: researchers believe it is either smaller than it seems and just more reflective of light or larger than it seems but darker. Although the jury is presently out on that one, the scientists feel confident they will discover more in future.

2014 UN271 is a large comet, possibly as large as a dwarf planet. It is falling into our planetary region from the Oort Cloud. It will reach 10.1 AU, slightly farther than Saturn, in 2031.https://t.co/gbjOAK1Kd4 pic.twitter.com/QWPOglkYCq

The more fascinating thing about 2014 UN271 is that it is a real comet whose outer layers vaporise as it heats up. Another shocking observation is the object’s orbit: the rock is travelling to our solar system from the Oort Cloud, a region of icy planetesimals that surround the Sun at a distance that can reach up to 200,000 astronomical units. One AU is equal to the distance between the Earth and the Sun, which is approximately 150 million kilometres.

Overall, it takes the icy giant about 612,190 years to complete its full orbit as it travels some 2 trillion kilometres out of the solar system.

"This new object, 2014 UN271, is not just unusual, but radically exceptional among all known bodies in the Solar System to date,”  Sam Deen, a citizen scientist wrote in a post at the Minor Planet Center.

At the moment, the 2014 UN271 is located some 22 AU from the Sun, according to tracking data from NASA’s Jet Propulsion Laboratory. But it will definitely come closer in 10 years – in 2031 it is expected to reach its nearest point to the Sun, just outside Saturn’s orbit. This will put it at a distance of 1.6 billion kilometres from our star, still quite far away and unlikely to cause any damage before it is expected to make its lengthy return to the Oort Cloud.