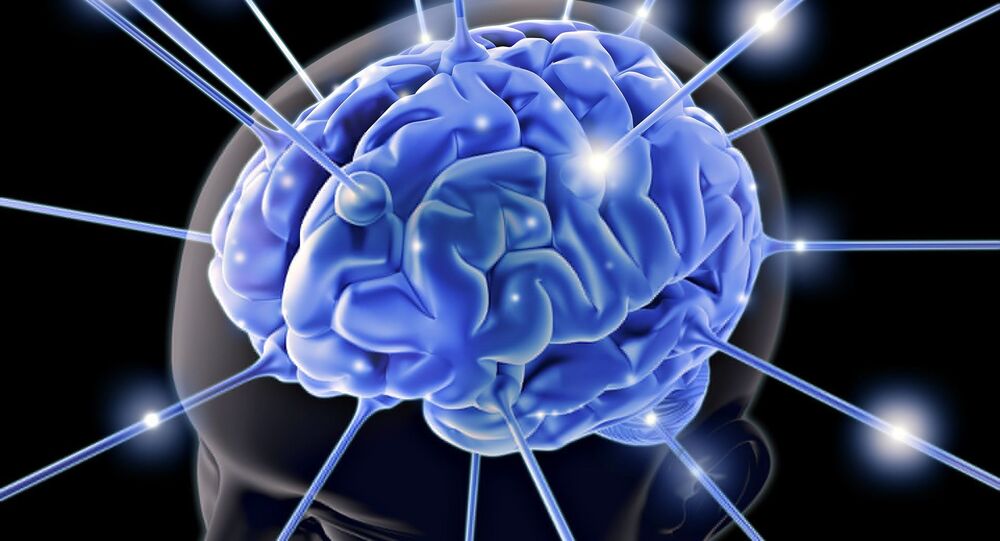 Alzheimer's is a progressive disease that destroys memory and other important mental functions. There is no existing cure yet, however, medication and management strategies may temporarily improve symptoms. The prevalence across the globe is estimated to be as high as 24 million.

A team of researchers has found tiny deposits of elemental, uncharged iron and copper in human brain tissue for the first time. The team discovered the metals in postmortem brain samples from two individuals who had Alzheimer’s disease. These metal ions are important components of many enzymes that catalyze chemical reactions in cells. These positive ions can strip the electrons from other molecules, oxidizing these molecules.

Surprisingly, the deposits of copper and iron that the team of researchers identified in the brain tissue of people with Alzheimer’s were in their elemental, uncharged form. Earlier, scientists only identified these elemental metals in microorganisms, viruses, and plants.

© Photo : Public domain
Scientist Discover New Therapy That Slows the Progression of Alzheimer’s
The researchers also found the metals within beta-amyloid plaques that are the clumps of protein that are a distinctive feature of Alzheimer’s disease. The changes in the metabolism of copper and iron in brain tissue to neurodegenerative diseases, including the formation of amyloid plaques in Alzheimer’s disease have been evident with previous findings.

According to the researchers, the tiny deposits of elemental iron were magnetic, so in principle, doctors could use them for diagnosis or as a marker of disease progression. The team has published its findings as a collaboration between scientists from Keele University and the University of Warwick in the United Kingdom and those at the University of Texas at San Antonio in the United States.

The team used extremely powerful X-rays from the UK’s national synchrotron Diamond Light Source and the Advanced Light Source in California to image the brain tissue and find the nanoscale deposits of elemental iron and copper, which were approximately 10,000 times smaller than the head of a pin.

"This is a fascinating and unexpected discovery, enabled by the sensitivity and precision of the synchrotron techniques we have used to study these human-brain-derived samples. We know that certain living systems can produce elemental forms of metals, so it will be important to discover if these arise from equivalent but previously undiscovered pathways in humans, or if the metallic forms arise as a direct consequence of disease," co-author Joanna Collingwood, Ph.D., who heads the Trace Metals in Medicine Laboratory at the University of Warwick told the media.

© CC0
US Approves First Alzheimer’s Disease Medication in 18 Years
Co-author of the study Neil Telling, Ph.D., professor of biomedical nanophysics at Keele University, also informed the media that there is some evidence that soluble beta-amyloid may aggregate into insoluble plaques in the brains with Alzheimer’s disease to prevent reactive metal atoms from damaging nearby brain cells.

Alzheimer’s disease, a most common form of dementia, is a progressive neurocognitive disorder that becomes worse over time. The disease involves a gradual loss of memory, as well as changes in behaviour, thinking, and language skills.

According to experts, it is important to make sure that a person with dementia receives proper living conditions and that their needs are met, rather than focusing on what stage they might have reached. The rate of progression varies from person to person.