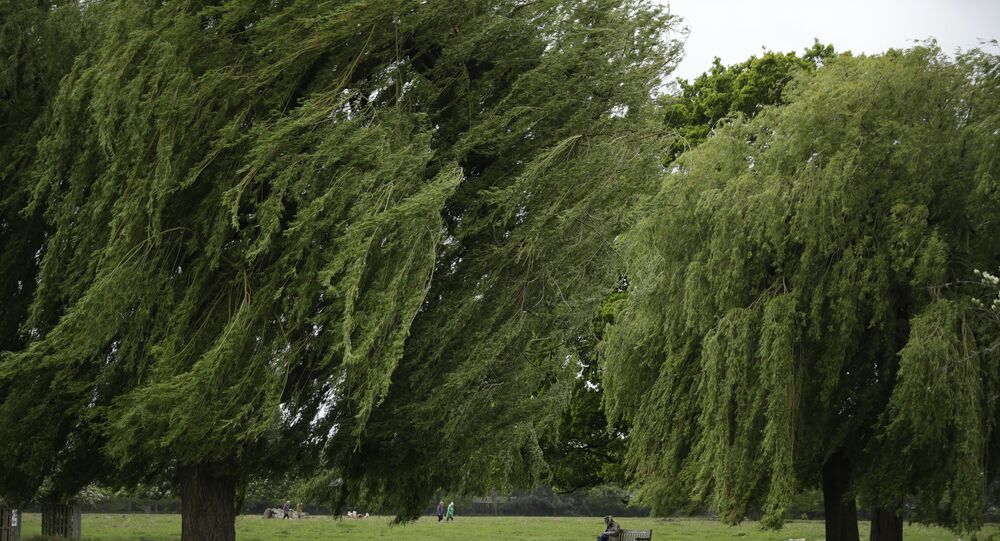 Considering that respiratory viruses are spread by airborne droplets, and the novel coronavirus itself is known for being able to live on surfaces for up to several days, the question of its exact transmission routes has become crucial.

A study has revealed that viruses like COVID-19 can move further on the back of pollen from trees, thus increasing the risk of infection in crowded locations.

The University of Nicosia in Cyprus' computational physicist Talib Dbouk and engineer Dimitris Drikakis developed a computer simulation of a willow tree, an archetypal pollen emitter, and predicted how its grains disperse.

According to the study, the model demonstrated that pollen may pass through a crowd about 20 meters (66 feet) away in just one minute in a gentle breeze, potentially assisting in the spread of virus particles.

According to the research, the 2 meters social distance commonly recommended to reduce the chance of COVID-19 spreading may not always be sufficient. Alternatively, they suggested that restrictions be improved by factoring in local pollen levels, especially in densely populated regions with trees.

On a windy day, the average tree can release more than 10,000 pollen grains into the air, each of which can carry hundreds of virus particles, according to scientists.

The research was inspired by the discovery of a link between locations with high COVID-19 infection rates and the US national allergy map. The team created a computer simulation of pollen moving through the air from a willow tree in the wind using cutting-edge fluid dynamics models.

The researchers modeled how 10,000 pollen grains blowing from their tree would interact with two outdoor gatherings 66 feet apart— one with 10 people and the other with 100— with some of the participants also shedding COVID-19 particles.

"One of the significant challenges was the re-creation of an utterly realistic environment of a mature willow tree," Dr. Dbouk is quoted as saying in the Daily Mail report regarding the research. "This included thousands of tree leaves and pollen grain particles, hundreds of stems and a realistic gathering of a crowd."

The scientists discovered that pollen would flow through both crowds in less than a minute after tuning the model's settings to match the temperature, windspeed, and humidity of a typical spring day in the US.

They noted that this has the potential to pick up virus particles and transmit them further than they would otherwise, raising the risk of infection for people in the tree's range.

"To our knowledge, this is the first time we show through modeling and simulation how airborne pollen micro-grains are transported in a light breeze, contributing to airborne virus transmission in crowds outdoors," Professor Drikakis explained.

And, according to the report, after completing their initial research, the team is now working to better understand the interactions between pollen grains in the air and the human respiratory system in various environmental situations.