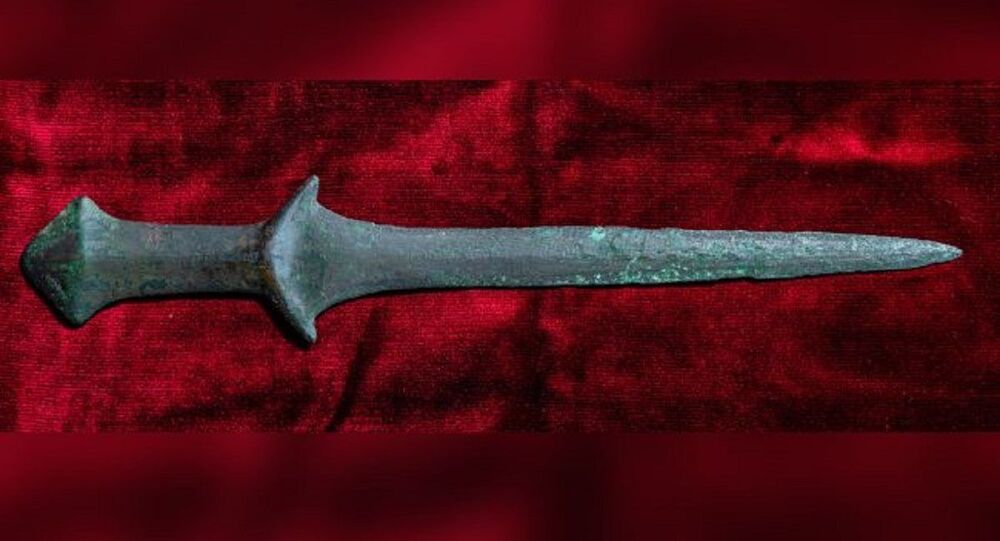 The practice of re-opening graves to remove symbolic items, including swords from men's burials and broaches from women's, spread widely across Europe in the sixth century but died out in the eighth. The motives for the practice remain unknown.

Archaeologists are trying to solve the riddle of why people of the Dark Ages, from Romania to Anglo-Saxon England, commonly reopened the graves of their own dead to remove specific items.

"The practice of reopening and manipulating graves soon after burial, traditionally described — and dismissed — as 'robbing,' is documented at cemeteries from Transylvania to southern England," said a team of Swedish, Austrian, Dutch and German scholars, writing in a paper published in the journal Antiquity on Friday.

The mystery is why only certain grave items — not even those most valuable — were removed as part of a practice apparently common to a variety of early Medieval cultures from the sixth to eighth centuries AD, studied from sites in five regions across Europe.

"They made a careful selection of possessions to remove, especially taking brooches from women and swords from men, but they left behind lots of valuables, even precious metal objects, including necklace pendants of gold or silver," said lead study author Alison Klevnäs of Stockholm University.

The team concluded that items removed, especially swords, would have been in poor condition by the time they were exhumed and likely useless.

"Results show burials most commonly being reopened within about a generation of interment, and sometimes less," they wrote. "The most frequent time frame for reopening was after soft tissue decay, but before any wooden container had collapsed or become filled with sediment."

© AP Photo / MAURICE MCDONALD
Viking Age House Found Under Norway's Oldest Cathedral Sparks Suspicions of Underground Rituals
Given that it only takes a few years for an interred human body to decompose, "those graves were opened very soon after burial," Klevnäs ventured.

The archaeologists believe the motivation for the apparently common practice varied from place to place.

"Grave reopening became part of a repertoire of possible engagements with mortuary remains over a wide geographic area, but motivations were probably driven as much by local concerns as by broadly shared understandings of death and its rites," the paper says.

But the particular choice of items to remove likely had deep significance for the people of the time.

"Swords and brooches are some of the most symbolically laden objects in the graves," Klevnäs told magazine Live Science. "These were given as gifts and passed on as heirlooms; they're objects used to link people, including across generations. They bring stories and memories. So it's likely that they are retrieved for these reasons."

Co-author Astrid Noterman said the practice began its spread across Europe in the sixth century, reaching a peak in the seventh century and declining before the turn of the eighth century. The time period in question spans the eras known as the Migration Period, following the decline of the Roman Empire, and the time of the Frankish Merovingian dynasty that pre-dated the Viking Age.