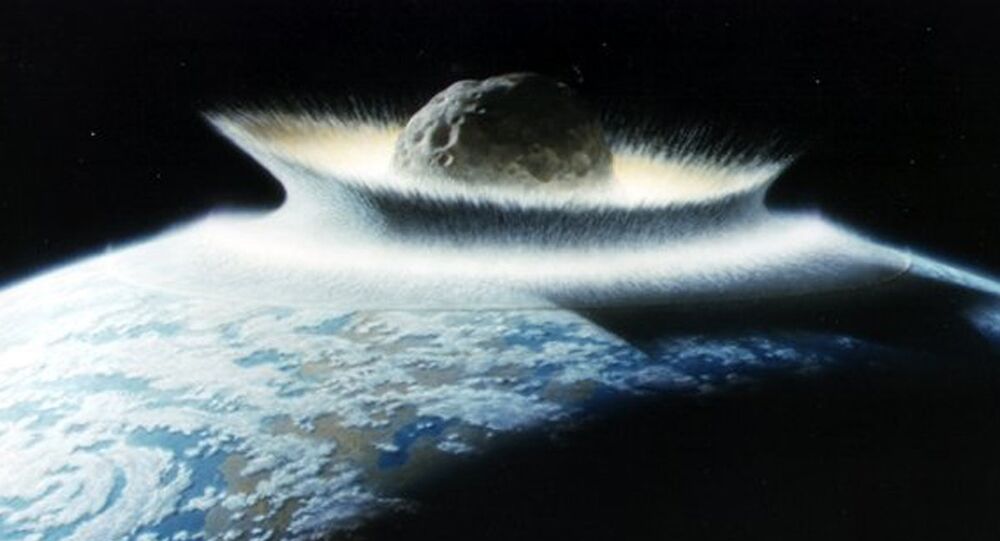 Researchers say the results of the study will shed light on what happened to our planet after the Cretaceous-Palaeogene mass extinction event as well as allow them to better understand Earth’s geological history.

A team of UK scientists has exonerated the Boltysh impactor of killing the dinosaurs. Previous research suggested that the asteroid hit the Earth before or almost at the same time as the Chicxulub impactor, which researchers believe triggered a climate shift that wiped out approximately 75 percent of animal and plant species 66 million years ago.

However, according to the results of a study conducted by geologists from the universities of Glasgow, St Andrews, Leeds, and Aberdeen, the Boltysh impactor struck our planet after the mass extinction event had occurred.

In order to determine the precise time of the impact, the researchers analysed samples from two rock cores collected from the Boltysh crater. They also conducted argon-argon dating, which works as a time machine, allowing scientists to understand when the rocks were created.

"Thanks to the efforts of researchers around the world, argon-argon dating has become increasingly accurate over the last few years. That gives us a much sharper lens to examine the details of events like the Boltysh impact, and be able to determine with much more confidence exactly when they happened", said study author Dr Annemarie Pickersgill of the University of Glasgow.

The researchers estimate that the Boltysh impactor struck the Earth 650,000 years after it was hit by another giant asteroid.