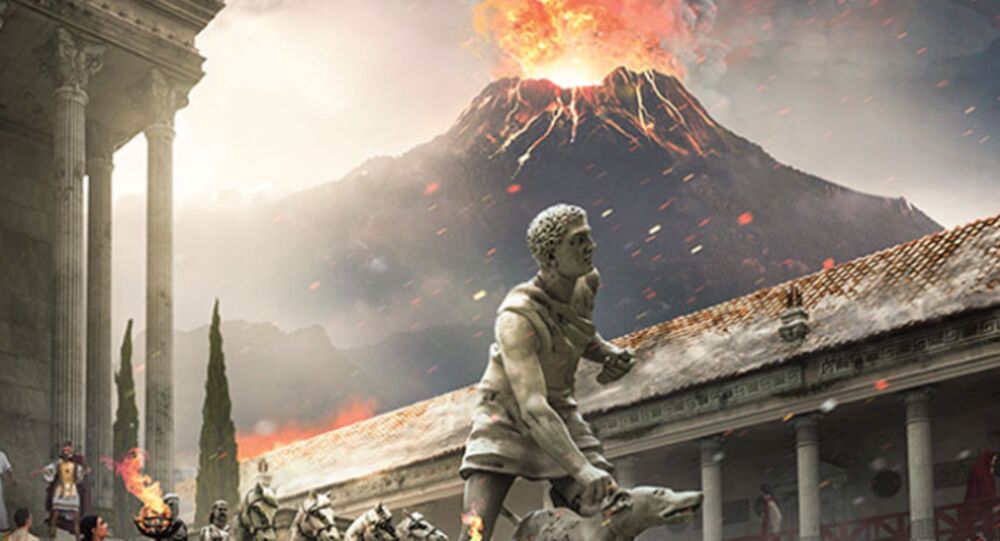 Earlier, a well-preserved ancient Roman mosaic floor was discovered near Verona at a villa believed to date back to the 3rd century AD, prompting a team from Verona's Superintendency of Archaeology, Fine Arts and Landscape to resume digging after the site had been left abandoned for decades.

An ancient Roman building has been unearthed during the course of excavations in the basement of a former cinema in the northern Italian city of Verona.

Astra cinema had been lying abandoned for more than 20 years. However, new owners recently launched a renovation.

A "mini Pompei" has been found under a cinema undergoing restoration in Verona. The nearly perfectly preserved walls of a luxuriously decorated villa have been uncovered, along with wooden beams charred by a fire that burnt out nearly 2000 years ago.https://t.co/VVlTqhDeEP

​The stunning find, that dates back to the second century, has been said to resemble a “miniature Pompeii”, a reference to the ancient city near Naples which was destroyed by the eruption of Mount Vesuvius in AD79.

According to a press release issued by the Superintendency of Archaeology, Fine Arts and Landscape of Verona, Rovigo and Vicenza, the find includes frescoed walls, a floor and wall-heating systems, and cement floors tiled with decorative tesserae.

Precisely what function the building served has yet to be determined. However, signs showing that the roof had collapsed, as well as items of charred wooden furniture, suggest a fire had destroyed the building.
“A calamitous event, in this case a fire, suddenly marked the end of the complex, leaving traces,” the report added.

It added that despite the fire, “the environment was preserved intact, with the magnificent colours of the frescoed walls.”

Not long ago a perfectly preserved Roman mosaic floor was found close to Verona, at a villa above the town of Negrar di Valpolicella that is believed to date back to the third century.

A row of vines revealed multicoloured tiles that had been part of the foundations of a building discovered in 1922. Since the original find, the site had remained mostly abandoned until a team from the aforementioned superintendency resumed digging in summer of 2019.

“After countless decades of failed attempts, part of the floor and foundations of the Roman villa located north of Verona, discovered by scholars a century ago, has finally been brought to light,” authorities from Negrar di Valpolicella wrote on the town’s Facebook page.