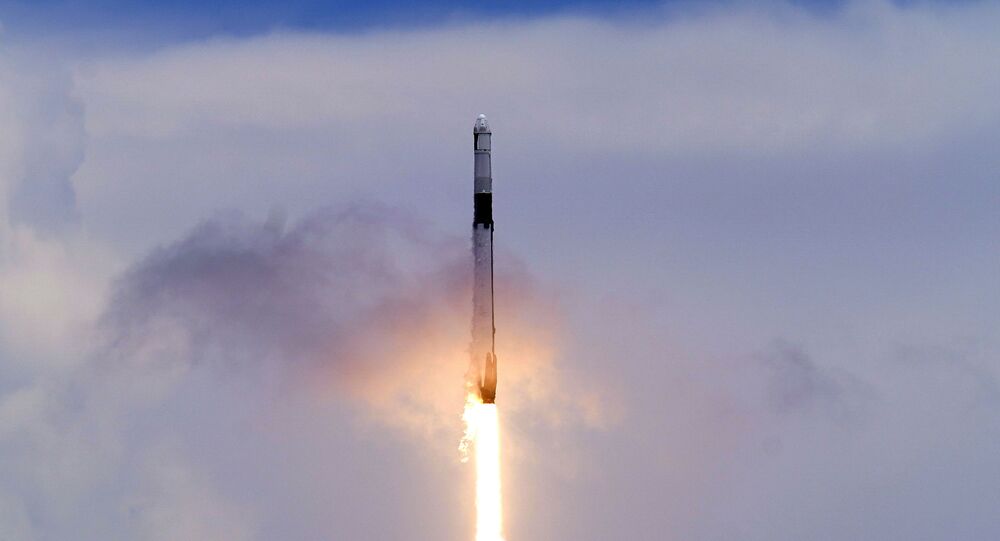 MOSCOW (Sputnik) - The US-based company SpaceX on Sunday launched a SXM-8 communication satellite for the US broadcasting firm SiriusXM and successfully put it into orbit.

A Falcon 9 carrier rocket took off from the Cape Canaveral spaceport in Florida at 12:26 a.m. (04:26 GMT). The satellite entered orbit 31 minutes after the launch.

"Deployment of SXM-8 [on orbit] confirmed", the company wrote on Twitter.

​Following the separation, the first stage of the carrier rocket landed on a platform in the Atlantic Ocean.

Notably, the Falcon 9 first stage booster made its third launch and landing, as it was previously used to deliver the astronauts of the Crew-1 and Crew-2 missions to the International Space Station.

The SXM-8 satellite is owned by SiriusXM, a broadcasting company providing entertainment satellite online services. In December 2020, SpaceX has put another satellite of the company, named SXM-7, into orbit, but it was damaged.