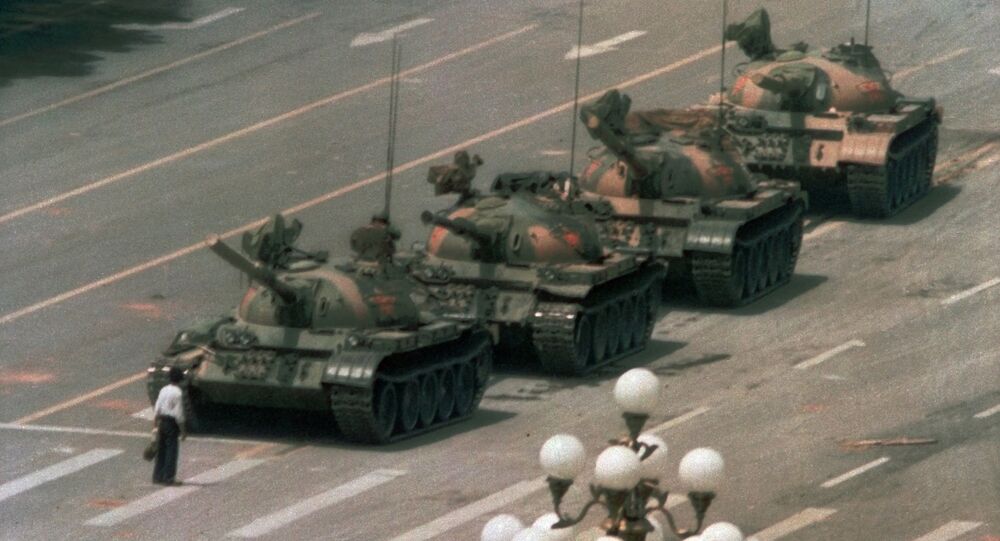 China is known to require search engines that operate within the country to make adjustments to their search results, but those restrictions, however, are rarely applied elsewhere.

Microsoft has found itself in a situation where it had to explain why the famous photograph of an unidentified man standing in front of a column of tanks passing through Beijing's Tiananmen Square after student protests, was blocked by the software giant's search engine.

Users around the world on Friday, including the United States, United Kingdom, Germany, and Singapore, reported that their attempts to search for the photo on Bing returned: "There are no results for tank man".

© REUTERS / LAM YIK
China Blasts US for Meddling Over Antony Blinken’s Tiananmen Square Comments
Microsoft acknowledged the issue, and hours later the search for the "tank man" showed pictures of tanks elsewhere in the world.

Microsoft made a statement, saying the mishap was "due to an accidental human error and we are actively working to resolve this".

A "significant percentage" of Microsoft's Bing staffers, including those who work on image recognition software, work in China, NBC News reported, citing a former employee.

On 4 June 1989, student protests held in Beijing's Tiananmen Square in favour of democratic reforms were dispersed by the Chinese Army, leaving over 200 dead and hundreds more injured, according to official estimates.