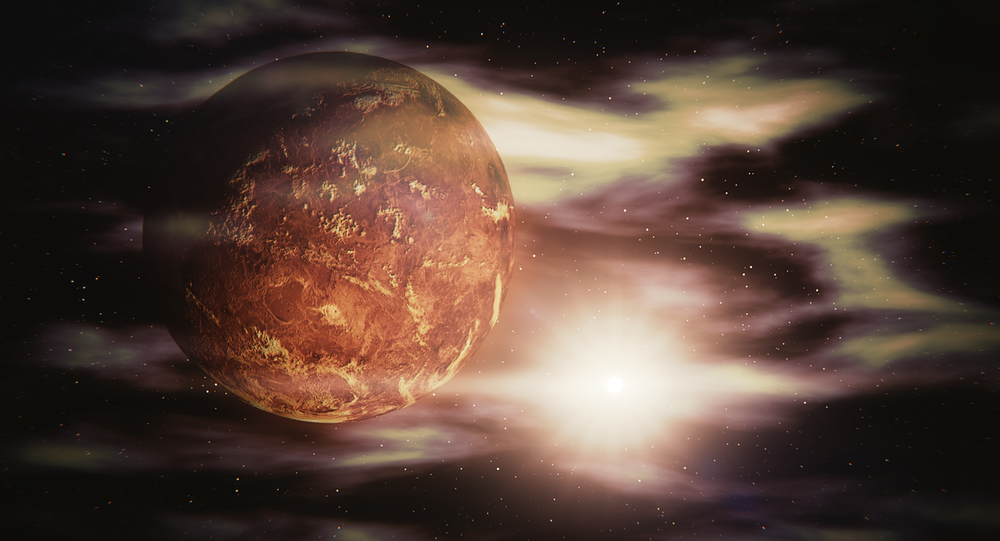 WASHINGTON (Sputnik) - Two US missions to the planet Venus - possibly the first habitable planet in our solar system - will study how it became a chemical hothouse incapable of supporting carbon-based life, NASA said on Wednesday.

A mission named the Deep Atmosphere Venus Investigation of Noble gases, Chemistry and Imaging (DAVINCI+) is a probe that will descend into the shrouded atmosphere of Venus to learn how the planet formed and evolved, as well as to determine whether the world ever had an ocean, according to the release.

A second mission, dubbed Venus Emissivity, Radio Science, InSAR, Topography, and Spectroscopy (VERITAS) will orbit the planet with a synthetic aperture radar able to penetrate the thick clouds that hide the planet’s surface from astronomers on Earth.

"The missions aim to understand how Venus became an inferno-like world when it has so many other characteristics similar to ours - and may have been the first habitable world in the solar system, complete with an ocean and Earth-like climate," NASA said in its press release.

NASA explained that VERITAS will map the surface of Venus to determine the planet’s geological history and hopefully understand why it developed so differently than Earth.

The satellite will also map infrared emissions from the planet's surface to identify and map its rock types, which are largely unknown, and determine whether active volcanoes are releasing water vapor into the atmosphere, the release said.

"We’re revving up our planetary science program with intense exploration of a world that NASA hasn’t visited in over 30 years," said a NASA associate administrator for science, Thomas Zurbuchen, in the release. "Using cutting-edge technologies that NASA has developed and refined over many years of missions and technology programs, we’re ushering in a new decade of Venus to understand how an Earth-like planet can become a hothouse."

NASA is budgeting about $500 million to develop each mission, with launches expected in the 2028-2030 timeframe, according to the release.