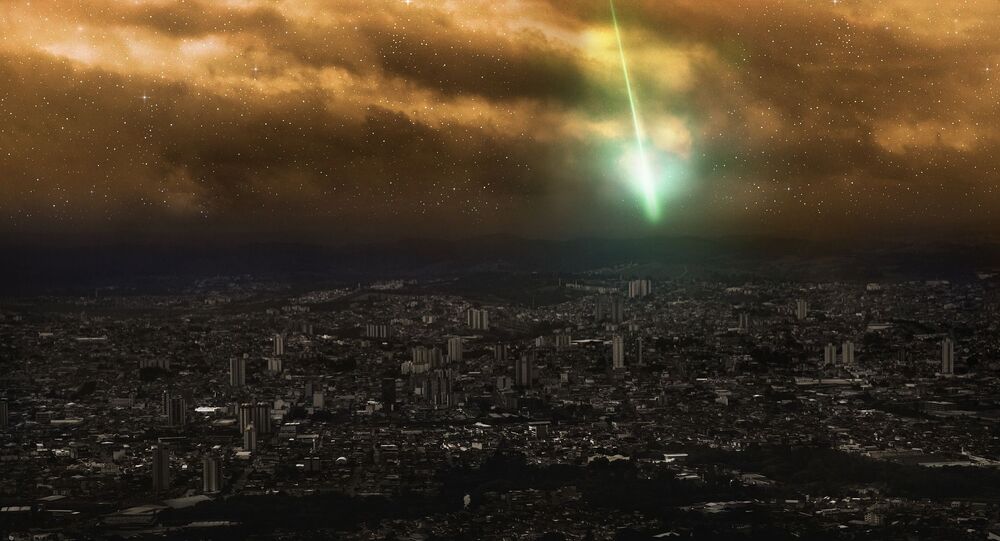 The person who led the search for the space rock reportedly suggested that the meteorite may help shed light on “small questions like origin of the solar system, origin of water, origin of life.”

A meteorite spotted in the sky above Britain on 28 February, and which was found on the ground the following month, contains material dating back to the early days of our solar system, some 4.6 billion years ago, Metro reports.

As Luke Daly, the geoscientist and who led the search for the meteorite - along with PhD student Aine O’Brien, explained, "all the minerals inside it were formed in the first few millions years of our solar system’s history", adding that the space rock contains "all the building blocks you would ever want to seed a planet to jump start the origin of life."

"So we’re just talking about small questions like origin of the solar system, origin of water, origin of life – just the trivial stuff in this wee little rock that Mira found in a field hopefully will bring us some answers," he said, referring to his partner, Mia Ihasz, who found the rock.

O’Brien noted that five fragments of the meteorite were found, with four of them "found by members of the public on their own land after seeing people like Luke on the news saying looking out for a bit of black rock."

"Socially, culturally, the fact it was a citizen science effort and people got excited about it in a way they might not have before the pandemic," O’Brien remarked. "It felt like a bit of a cultural phenomenon."