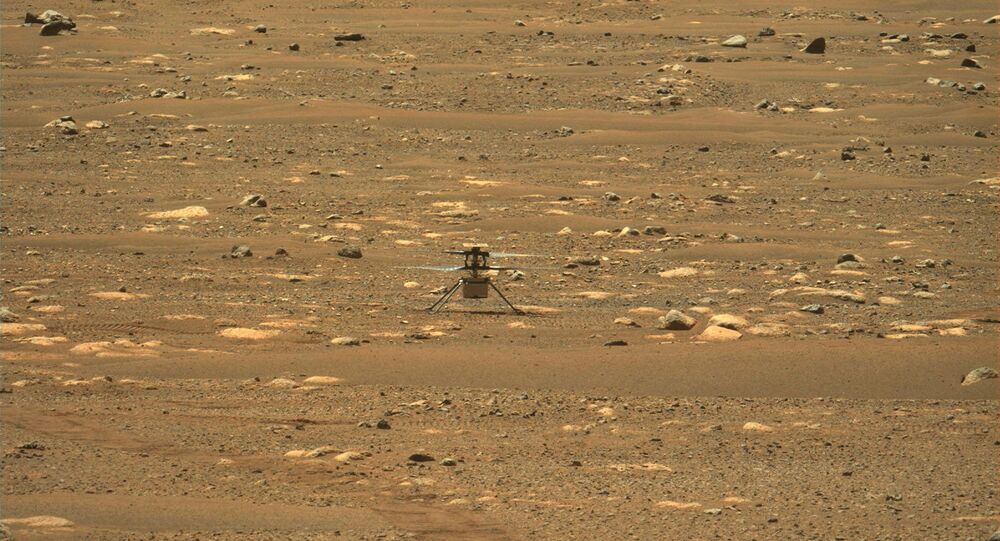 The Ingenuity helicopter arrived on Mars in mid-February while attached to the underbelly of the National Aeronautics and Space Administration’s Perseverance rover. The robotic duo landed on the red planet’s Jezero Crater, a dried-out lakebed, with the intention of searching for evidence of microbial life on the planet, among other objectives.

Ingenuity encountered a “stressful flight” during its sixth attempt at going airborne in the Martian atmosphere after its operating systems appeared to undergo a navigation timing error, NASA recently revealed in a post detailing the latest events of the mission.

A Thursday post indicated the chopper began to encounter issues just 54 seconds into its May 22 flight after onboard sensors began registering “roll and pitch excursions of more than 20 degrees, large control inputs, and spikes in power consumption.”

Håvard Grip, who serves as NASA’s chief pilot of the chopper, detailed in the update that officials detected a “glitch” once images being sent back to Earth-based researchers were being sent with inaccurate timestamps. Researchers later determined that the technical issue caused the loss of one image.

“Each time the navigation algorithm performed a correction based on a navigation image, it was operating on the basis of incorrect information about when the image was taken,” Grip recounted. “The resulting inconsistencies significantly degraded the information used to fly the helicopter, leading to estimates being constantly ‘corrected’ to account for phantom errors.”

Video released by the US space agency gives a peek at Ingenuity’s wild ride, showing how the chopper swayed in transit before managing to safely land within 16 feet of the targeted landing location.

“While we did not intentionally plan such a stressful flight, NASA now has flight data probing the outer reaches of the helicopter’s performance envelope. That data will be carefully analyzed in the time ahead, expanding our reservoir of knowledge about flying helicopters on Mars,” Grip concluded.

The weekend flight attempt marked the first time that Ingenuity experienced a major problem since arriving on the red planet. However, it also proved to be the first time that the chopper attempted to journey some 492 feet while traveling at a ground speed of 9 mph.

A spokesperson for NASA’s Jet Propulsion Laboratory told The Verge that engineers are still reviewing data from the flight attempt, and that it’s unclear exactly when the seventh flight will be scheduled.