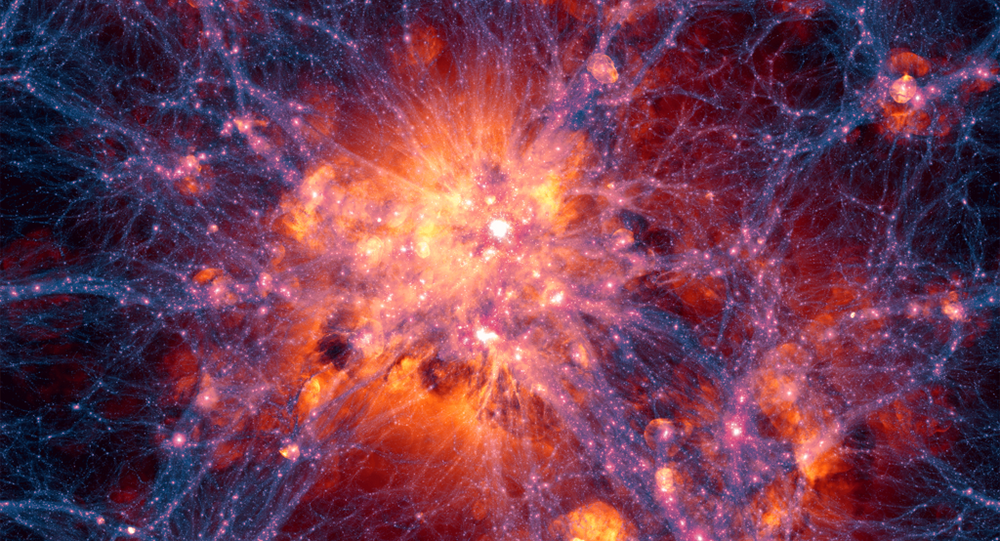 Scientists Have Created Largest Ever Map of Mysterious Dark Matter

Researchers say dark matter has played a crucial role in the evolution of the universe and is thought to account for up to 80 percent of its mass. Yet physicists still don't know what it consists of and haven’t detected it, as dark matter doesn't reflect, emit, or absorb light.

An international group of scientists has created what they described as the largest ever map of dark matter, covering a quarter of the southern hemisphere’s sky. Working on the project, researchers at Dark Energy Survey (DES) analysed over 100 million galaxies. Using the Victor M. Blanco telescope in Chile, they also examined how light travels from these galaxies.

It is believed that the presence of dark matter would bend the rays of light coming towards our planet. Using a technique called gravitational lensing, astronomers calculated how gravity distorts light and got a picture of visible and invisible matter.

"Most of the matter in the universe is dark matter. It is a real wonder to get a glimpse of these vast, hidden structures across a large portion of the night sky", said Dr Niall Jeffrey from University College London.

The results of their project left the researchers surprised, as the map showed that dark matter is smoother and more spread out, which appears to contradict Albert Einstein’s theory of general relativity.

Professor Carlos Frenk of Durham University, who, together with other scientists, developed the current cosmological theory, said he has mixed feelings about the map.

"I spent my life working on this theory and my heart tells me I don't want to see it collapse. But my brain tells me that the measurements were correct, and we have to look at the possibility of new physics", he said.

Dr Niall Jeffrey and his colleagues say that observing these structures will help scientists to answer fundamental questions, including what the universe is made of.