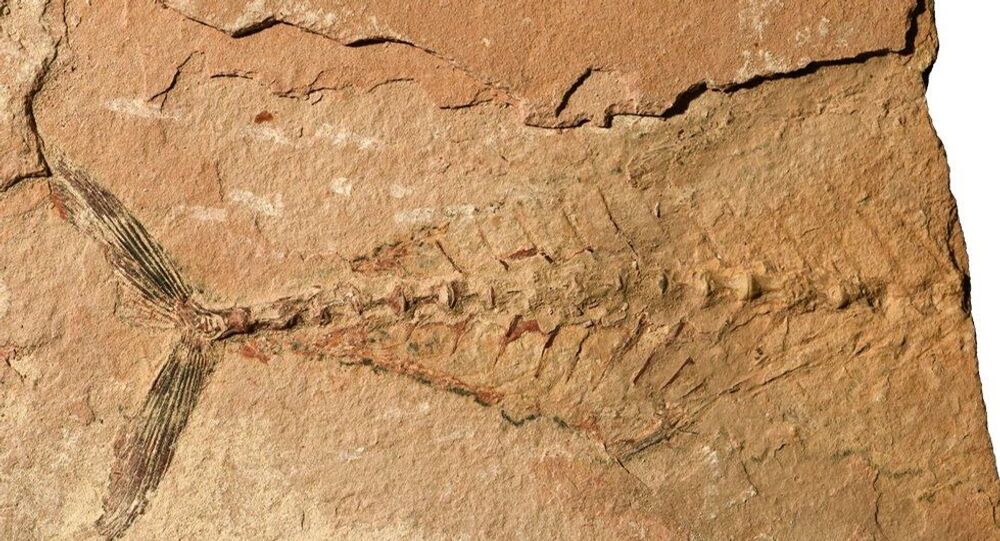 The PETM, which occurred 55.8 million years ago, is believed to have raised global average temperatures by five to nine degrees centigrade as five to ten billion tonnes of carbon dioxide was released into the atmosphere and oceans over a period of 10,000 years.

The discovery of fossils of fish closely related to modern species at the Ras Gharib A site, dating from the Paleocene-Eocene Thermal Maximum (PETM), was important as there is little evidence in the fossil record from that time of how fish weathered the rapid climate change of the time.

The findings have been published in the scientific journal Geology.

"The impact of the PETM event on life at the time is of wide interest," said University of Michigan paleontologist Matt Friedman, the paper's co-author. "But a major gap in our understanding is how life in the tropics responded, because this region is not well-sampled for many fossil groups."

The dozen species found at the site in the Eastern Desert, 200 miles southeast of Cairo, include percomorph acanthomorphs, a group that includes walleye, bass and bluegills, a moonfish of the Mene genus, deep-sea hatchet fish and the bony tongue predatory species which also has living relatives.

The PETM, which occurred 55.8 million years ago, is believed to have raised global average temperatures by five to nine degrees centigrade as five to ten billion tonnes of carbon dioxide was released into the atmosphere and oceans over a period of 10,000 years. There are not believed to have been any major permanent ice sheets at the time, even at the poles.

© CC0
Billion-Year-Old Fossil Found in Scotland Could Unlock Mystery of New Link in Evolution of Animals
The team believes that the species found may in fact have thrived during the hot period enough to evolve into several new forms.

"On the basis of the scant evidence we have for fishes — remembering that this Egyptian site provides our first peek from the tropics — they seem to have weathered the PETM surprisingly well, and there are even hints that important diversification in the group might have happened around or just after this time," Friedman said.

Egyptian paleontologist Sanaa El-Sayed, the study's lead author, said the period of severe climate change appeared to have had no adverse effect on sea fish populations — noting that land animals also saw a great increase in abundance and diversity at the time.

"While the broader evolutionary consequences of the PETM for marine fishes remain little explored, the available paleontological evidence does not suggest a widespread crisis among marine fishes at that time," El-Sayed said. "In fact, the available records reveal that this time might have been a significant episode of evolutionary diversification among key modern fish groups, similar to patterns reported for land-living mammals."

While the PETM has been compared to the present era in terms of the rate of climate change, the current rate of carbon emissions is roughly ten times faster than it was then — although governments aim to cut that drastically within the next few decades.

"Impacts on ecosystems involve the interplay of multiple groups," Friedman cautioned. "The survival of one group in isolation shouldn't be taken as evidence that changing climates are something to brush off."