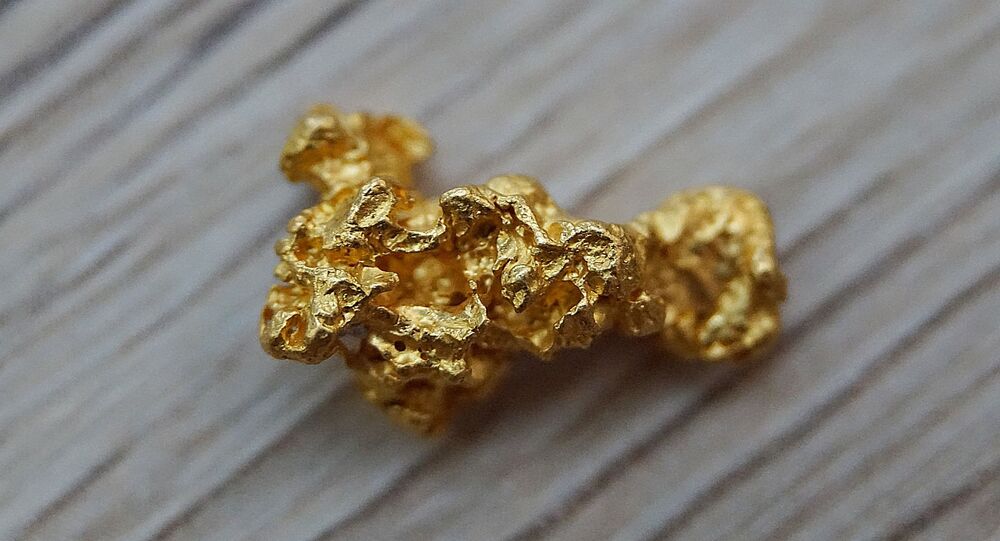 The scientists also reportedly suggested that the process that “operated” bonanza gold systems like the Brucejack Mine may have also been involved in the formation of the “more typical gold deposits”.

Anthony Williams-Jones and Duncan McLeish, geoscientists from McGill University in Canada and authors of the new research, have pointed out that the fact that "gold deposits form when hot water flows through rocks, dissolving minute amounts of gold and concentrating it in cracks in the Earth's crust at levels invisible to the naked eye", has long been known to scientists.

"In rare cases, the cracks are transformed into veins of solid gold centimetres thick," they remarked. "But how do fluids with such low concentrations of gold produce rare ultrahigh-grade gold deposits? Our findings solve the paradox of 'ultrahigh-grade' or 'bonanza' gold formation, which has frustrated scientists for over a century."

According to the media outlet, the process discovered by Williams-Jones, McLeish and their colleagues while using transmission electron microscopy to study gold deposits from Brucejack Mine in British Columbia, appears similar to what occurs in the milk when it sours.

While the particles of fat contained within milk repel each other due to the negative charge they hold while the liquid is fresh, they start clumping together when the charge breaks down during souring.

© REUTERS / Leonhard Foeger
Going for Gold: Why Precious Metal is Reliable Hedge Against Inflation & How to Invest in It Smartly

And now, the scientists have apparently managed to produce evidence of solid gold particles dispersed throughout hydrothermal and geothermal fluids end up clumping together in a somewhat similar fashion, "in a process similar to coagulation, known as flocculation," the media outlet adds.

"We produced the first evidence for gold colloid formation and flocculation in nature and the first images of small veins of gold colloid particles and their flocculated aggregates at the nano-scale," Williams-Jones and McLeish said.

The gold, whose concentration in the geothermal fluids has to reach just a few parts per billion for this process to work, ends up turning into a jelly-like substance which then forms rich veins of this precious metal as it gets trapped in the cracks of our planet’s crust.

The researchers also said they suspect that "the colloidal processes that operated at Brucejack and other bonanza gold systems may also have operated to form more typical gold deposits," adding, however, that "the challenge will be to find suitable material to test this hypothesis."

"The next step will be to better understand the reasons why colloid formation and flocculation occurred on the scale observed and reconstruct the geological environment of these processes," they added.