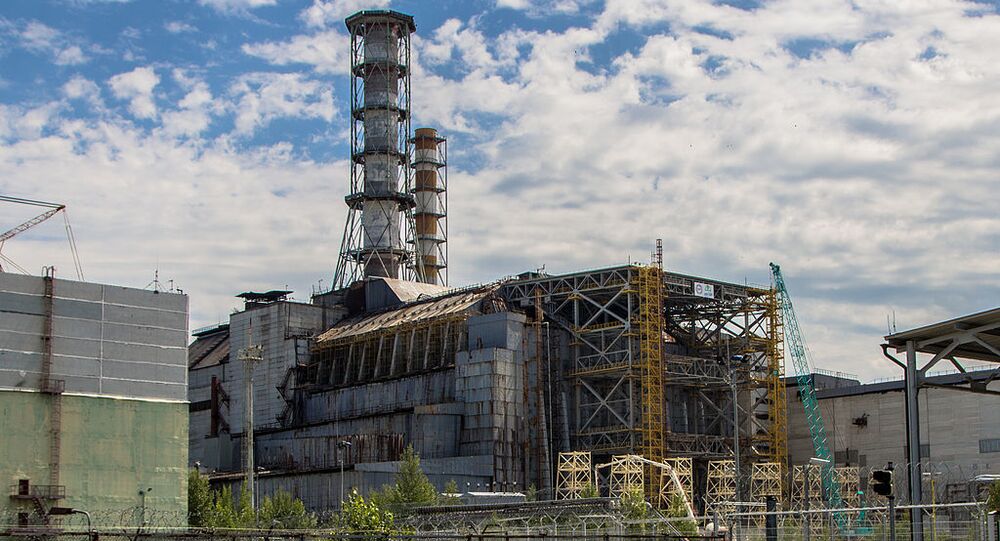 The result of the scientists’ study may help figure out how to handle the radioactive material that resides beneath the nuclear plant.

With radioactive material that still resides in the depths of the Chernobyl Nuclear Power Plant starting to show signs of fission reactions, a team of scientists has attempted to imitate the dangerous substance to predict how it might behave, Business Insider reports.

The material was formed during the Chernobyl disaster when molten remains of Unit Four’s reactor core mixed with the sand dumped into it during attempts to extinguish the fire that flowed into the building’s basement. The plant's lower level housed fuel-containing materials (FCMs) that hardened into formations laden with vast quantities of irradiated uranium.

Recently, scientists expressed concerns about apparent fission reactions detected in these formations, with neutron counts in room 305/2 that "contains tonnes of FCMs buried under debris" nearly doubling over the last four years.

As the media outlet points out, while new fission reactions could result in another explosion and endanger those working there to decontaminate the site, researchers can only speculate because they can't access the basement, which is “horrifically radioactive,” as nuclear-waste expert at the University of Sheffield Claire Corkhill put it.

"There do exist some samples that were taken on a sampling mission in 1991 by some Russian scientists," she remarked. "They were actually really difficult to obtain because you can't really stand near this stuff inside the reactor for a very long period of time."

Instead, she and her team sought to recreate said mixture, with Corkhill remarking that the benefit of such "simulant materials" is that "they're pretty much identical in every way, except they don't contain the really scary bits."

Having combined the elements that were present in the original "radioactive lava," as the media outlet branded the substance in the Chernobyl plant’s basement, the researchers then exposed them to high temperatures to mimic the explosion, eventually producing material that resembles glass.

While the team obtained only about 25 grams of this substance, Corkhill said it would be enough to determine how hard or corroded the samples of the original stuff are.

"We've been able to tell the story about how each individual part of the lava material formed and in what order they formed," she said. "That gives us greater insight to the chemistry of these materials that you can link to better understanding things like how they corrode."

The study will also help the team to "design a robot to be able to then go in and cut them out," Corkhill said.

There appears to be no sense of urgency in this pursuit, however, as it could potentially be years before neutron counts in the area reach crisis levels, not to mention that researchers hope that "the nuclear fuel may stop smouldering on its own."