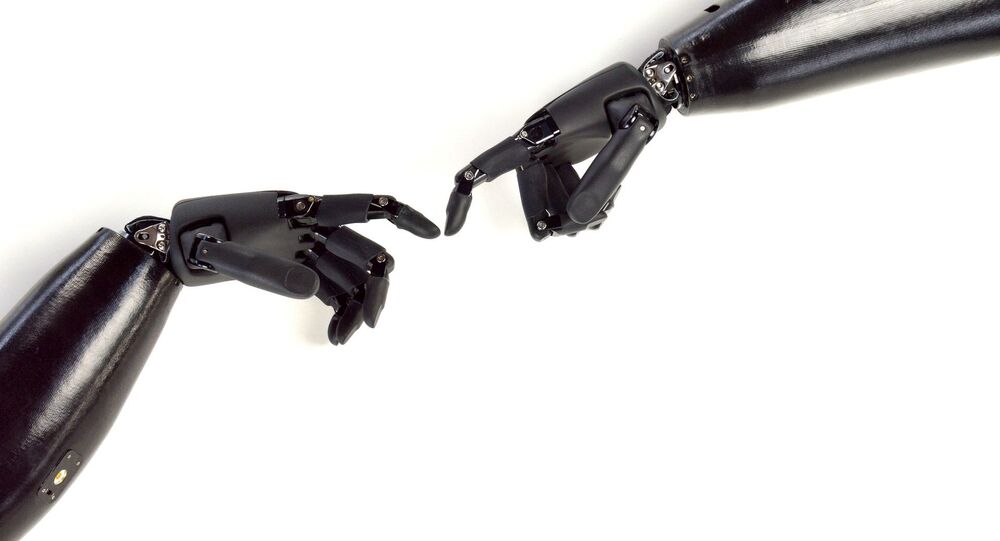 The volunteer who participated in the study doubled the speed at which he performed tasks with the robotic arm after he was given "real-time touch feedback."

A team of researchers at the University of Pittsburgh has enabled a quadriplegic person to "feel" using a robotic arm, Wired reports.

During the study, a volunteer named Nathan Copeland – who lost the ability to move and feel most of his body after being paralysed in a car accident years ago – had miniature electrode arrays attached to his motor cortex and somatosensory cortex.

A brain-computer interface (BCI) then translated impulses collected by the electrodes from the robotic arm installed on a stand in a lab, essentially allowing Copeland to control the mechanical limb with his mind.

However, while he eventually learned to control the arm by "watching what it was doing in response," he doubled the speed at which he performed tasks when the researchers gave him "real-time touch feedback."

"It just worked," Copeland said. "The first time we did it, I was like, magically better somehow."

Jennifer Collinger, study author and biomedical engineer at the University of Pittsburgh, emphasised the importance of real-time tactile feedback in the implementation of BCI-stimulated limbs or even future BCI prosthesis, saying that “you don't necessarily rely on vision for a lot of the things that you do.”

"When you're interacting with objects, you rely on your sense of touch," she said.

The study is the first involving a BCI and robotic prosthetic to have "integrated motion commands and touch in real time," the media outlet notes, adding that it's "a big step toward showing just how BCIs might help circumvent the limits of paralysis."