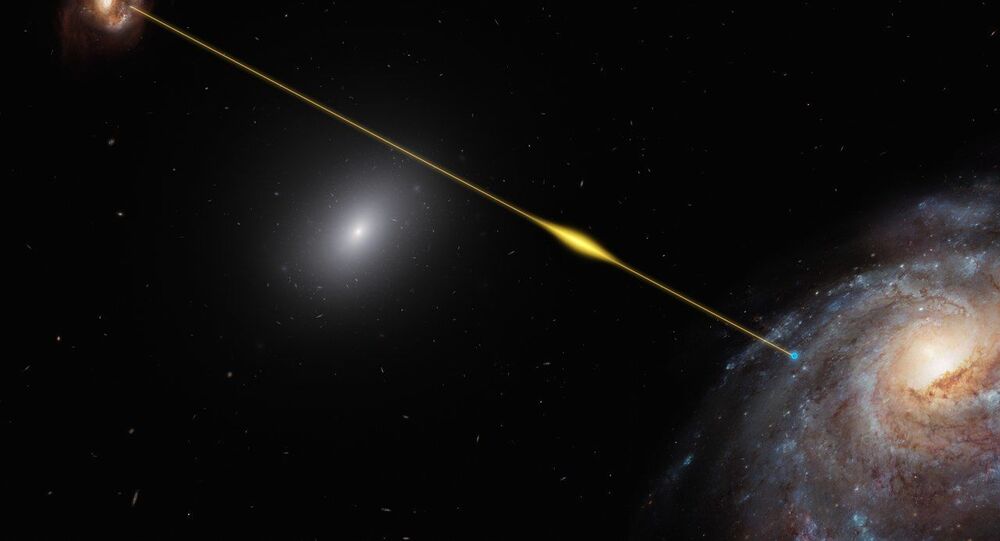 First discovered in 2007, fast radio bursts (FRBs) have puzzled scientists for years. In just a few milliseconds, these radio waves manage to discharge more energy than hundreds of millions of suns. The exact origin and cause of FRBs is uncertain.

Mysterious FRBs have been discovered in the arms of spiral galaxies, claims an international group of scientists. According to the findings of their study, which will be published in The Astrophysical Journal, astronomers have traced the locations of five radio pulses that they assume originated in the areas of galaxies where star formation occurs, known as the spiral arms.

"This is the first high-resolution view of a population of FRBs. Most of the galaxies are massive, relatively young and still forming stars. The imaging allows us to get a better idea of the overall host galaxy properties, such as its mass and star-formation rate, as well as probe what's happening right at the FRB position", said lead study author Alexandra Mannings, a graduate student in astronomy and astrophysics at the University of California, Santa Cruz.

The researchers said it was surprise to discover that the fast radio bursts originated in the spiral arms. This detail offers a clue that they must correlate with star formation, said Wen-fai Fong, an assistant professor of physics and astronomy at Northwestern University's Weinberg College of Arts and Sciences in Illinois and co-author of the study.

Previously, researchers assumed that FRBs could appear as a result of mergers of neutron stars or following explosions of young stars.

The discovery sheds more light on the mystery of FRBs, but at the same time prompts more questions. For example, scientists previously detected them in Magnetar SGR 1935+2154, located in our Milky Way galaxy.

"We don't have high enough numbers to determine the intricacies of the FRB population at the moment, but doing so is an exciting prospect", Mannings said.

Scientist Says Life on Mars May Exist, Explains Where it May Have Come From