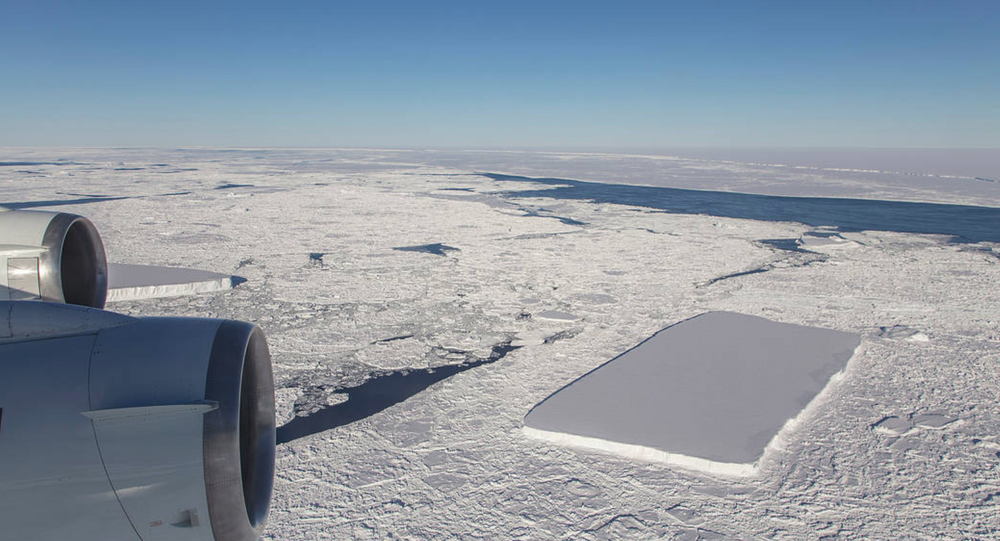 According to the European Space Agency, which broke the news, it has become the world’s largest iceberg, behemoths like A-68, which was the size of Brunei. Icebergs are periodically calved from ice shelves, something that is part of a natural cycle. However, in recent years these instances have increased, which researchers blame on climate change.

A gigantic iceberg has broken off the edge of an ice shelf in Antarctica, the European Space Agency (ESA) reported, citing data from the Copernicus Sentinel-1 space mission. According to it, the surface area of the enormous chunk of ice measures around 4,320 square kilometres, which is four times the size of New York City.

​The ESA said the iceberg was named A-76 based on the Antarctic quadrant in which it was originally sighted.

Scientists say that this behemoth won’t contribute to a sea level rise, because the ice shelf it calved off was already in the water. Laura Gerrish, a researcher at the British Antarctic Survey, wrote on Twitter that A-76's appearance was expected and it was not likely the result of climate change.

The collossal ice mass is currently drifting freely in the Weddell Sea, with satellites continuously monitoring its movement like they do with other huge icebergs, such as A-68, which initially threatened penguins and other fauna on the island of South Georgia.