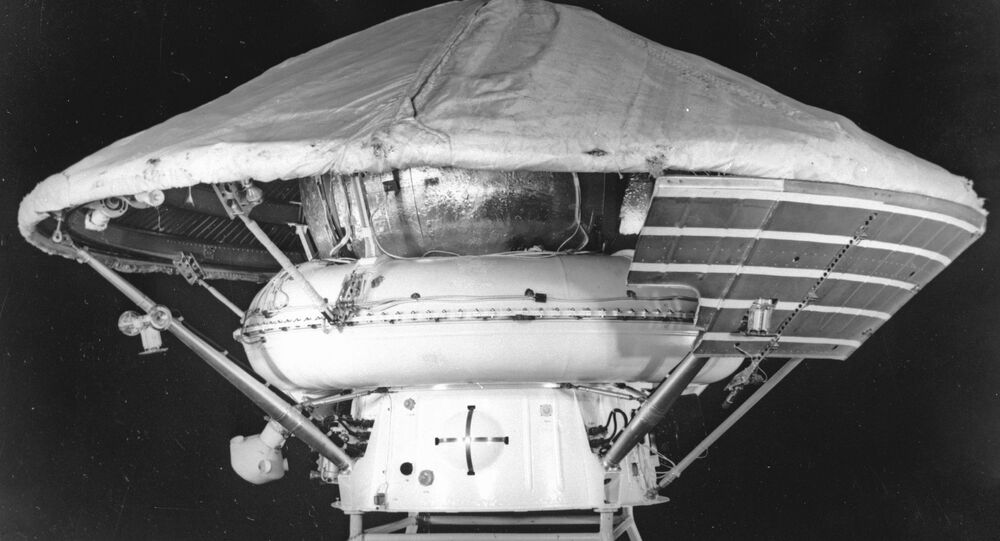 The China National Space Administration’s Tianwen-1 probe successfully touched down on the surface of Mars on Saturday.

US media outlet Ars Technica has inadvertently or deliberately erased the memory of the Soviet Mars programme in its piece about the successful landing of the Tianwen-1 probe on Saturday, falsely claiming that China “has become only the second nation to make a soft landing on the red planet” after the United States.

Pointing to the Viking 2’s touch down in the “relatively smooth site in the Martian mid-latitudes” in 1976, Ars Technica forgot to mention the soft landing performed by the USSR’s Mars 3 in 1971.

Only a few readers called the outlet out on its erroneous reporting, with one commenter paying “major kudos to the Soviets” and recalling that the USSR’s Mars 3 lander “touched down in 1971 (!) and transmitted data for 20 seconds.”

“I keep seeing it stated that China has become just the second nation to successfully soft land a craft on Mars, but I thought the Soviets’ Mars 3 lander managed the feat, though only managed to send information back for less than half a minute before going quiet. Has it been determined it didn’t managed to land at some point and I missed it?” another user asked.

“So you chose to ignore Soviet Mars programme, including the first spacecraft to attain a soft landing on Mars, on December 2, 1971? Or you just did not check the facts?” a third reader inquired, requesting that the author of the article to “please be respectful and update” the article.

“Soviet Mars 3 Lander: 'Am I a joke to you?'” yet another user quipped, linking to the Mars 3 mission’s Wikipedia article. Another jokingly responded and suggested that “Americans cannot fathom they weren’t the first so they just ignore it.”

The Soviet fascination with the Red Planet is well known among historians specializing in space exploration. The USSR attempted to launch dozens of probes toward the planet starting in the early 1960s, and in November 1971 the Mars 2 orbiter successfully entered orbit and remained operational for 362 orbits, while the lander and rover failed to land and were lost.

The Mars 3 orbiter also succeeded, with the lander landing and sending a partial image back to Earth before contact was lost 104 seconds after landing. The onboard rover landed intact, but contact was also lost. It remains unknown what caused the loss of communications, although some have posited that a powerful dust storm taking place at the time may have irrevocably damaged the communications system. The orbiter continued its work, however, providing data about the composition of the martian atmosphere, the planet's magnetic field, and more.

© Sputnik / РИА Новости
Schematic of the Mars-3's lander descent to the Red Planet.

The USSR would go on to send several more probes to the Red Planet throughout the 1970s and 1980s, although no landers or rovers successfully landed. The Soviets had ambitious plans for Mars, including a manned mission meant to take place sometime after the year 2000, but these plans were never realized due to the USSR's collapse. Russia made its last independent attempt to send an orbiter, lander and penetrator to Mars in 1996 with the Mars 96 programme. That effort failed after the rocket carrying the probes burned up in Earth's atmosphere. Russia returned to the planet in 2016 in a collaborative effort with the European Space Agency via the ExoMars Trace Gas Orbiter. That programme continues to remain operational, and to provide valuable atmospheric data.

© Photo : China National Space Administration
China's Tianwen-1 Probe Touches Down on Mars in Historic First
China's Tianwent-1 probe successfully touched down on the surface of Mars on Saturday, with the People's Republic's martian mission consisting of an orbiter, deployable camera, lander and the Shurong rover. Russia's Roscosmos and NASA congratulated the China National Space Administration over the feat.

The Chinese probe was launched to Mars last July, and successfully entered Mars orbit in February.