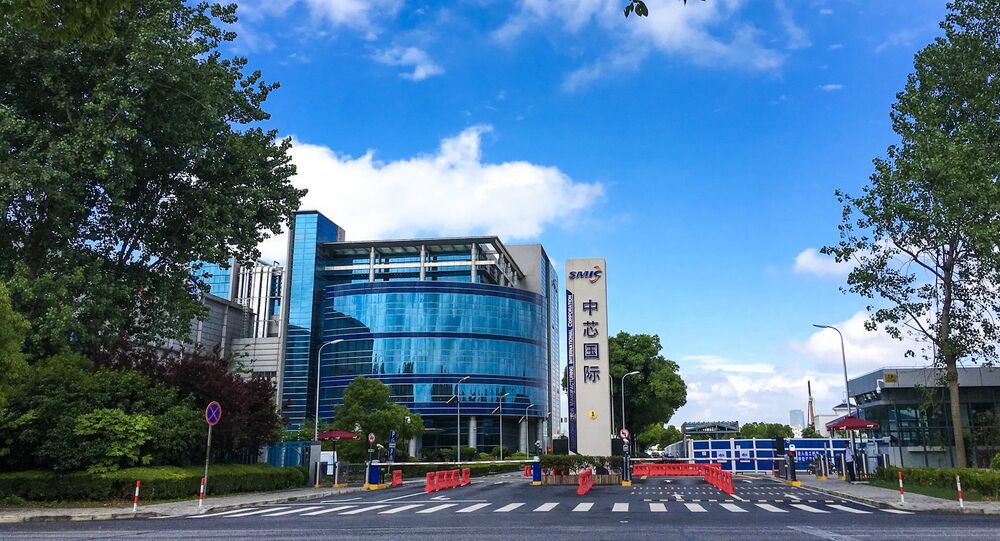 China's Top Chipmaker May Face Delays at Shenzhen Factory Due to US Restrictions, Report Says

The news comes months after the world's fourth-largest semiconductor firm was targeted by the Trump administration over alleged ties to the Chinese Communist Party.

China's Semiconductor Manufacturing International Corp (SMIC) announced on Friday that it may face setbacks at its new chip factory in Shenzhen due to US restrictions amid the ongoing trade war between Washington and Beijing.

"The plant has been built and the fab is expected to come into production in the coming year, however, there may be some delay for equipment to reach production considering the impact from the Entity List," Zhao said.

He added that the firm was still "going through the process" to comply with the restrictions, saying suppliers had "put in a lot of effort," despite further uncertainties over product licences.

"We have seen a lot of positive progress... the things we see now are much [more] positive compared to those in the last conference call, but we still can't rule out all the uncertainties," he said.

The news comes after Washington added SMIC to its Entity List last December, blocking the firm from researching and developing processors smaller than 10 nanometres (nm).

The Shanghai-based firm later announced in March that it had signed an agreement with the Shenzhen government to build the chip fab plant so it could manufacture mature semiconductors 28 nm and larger.

Despite the US restrictions, the company reported its second-highest revenues at $981.1 million in the fourth quarter last year due to surges in demand for consumer electronics amid the COVID-19 pandemic.

The company will also soon partner up with the China Electronics Standardisation Institute (CESI), Huawei, and other players to develop standards on the Chinese semiconductor industry, according to reports in late January.