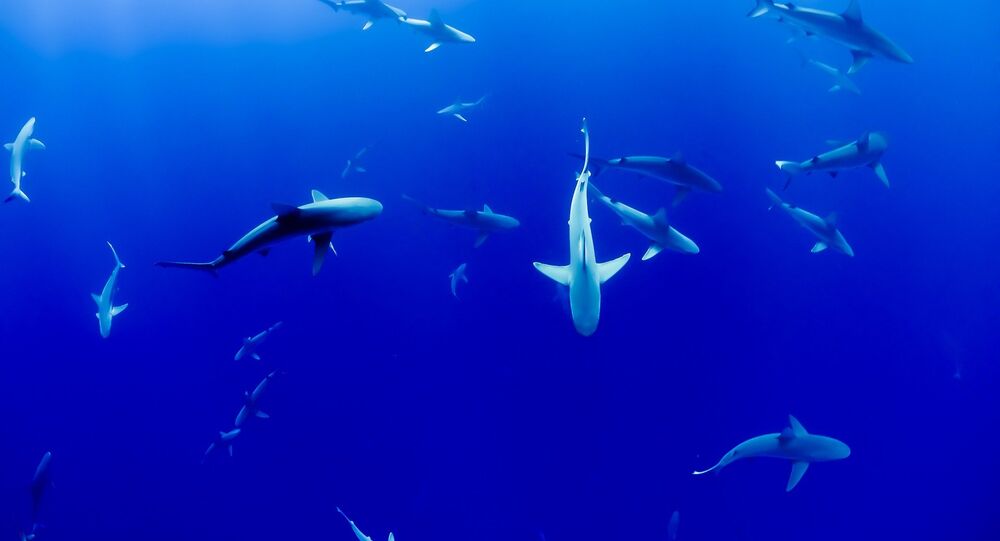 Scientists have long theorised that sharks could be using our planet's magnetic field to travel long distances, considering that some other marine animals, like sea turtles, have been proven to utilise it to find their way across the vast oceanic expanses.

Sharks are able to navigate through the ocean with precision by using the Earth's magnetic field, according to a new study published on 6 May in the journal Current Biology.

The researchers ran an experiment on 20 freshly-caught juvenile bonnetheads (Sphyrna tiburo), which were transported to the Florida State University Coastal and Marine Laboratory, where they were placed in an experimental tank.

The scientists manipulated the magnetic field with a special coil system integrated with the tank so as to expose the sharks to magnetic conditions representing locations hundreds of kilometres away from where they were captured.

Recording the animals' movements with a camera, the team observed how the sharks reacted to the changes.

"Bonnetheads appeared to perceive the southern magnetic field as different from the field at the capture site and responded to the magnetic displacement with homeward orientation", an excerpt from the study states.

At the same time, just as the team postulated, the sharks showed no orientation preference when exposed to the magnetic field matching their capture site.

According to the researchers, their work could help understand the migration patterns of sharks and their population structure.