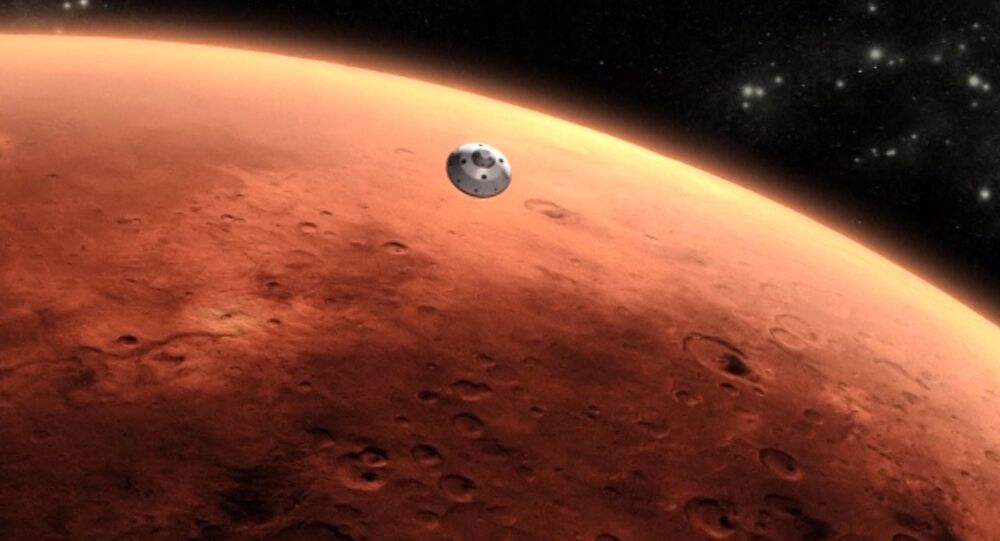 The seemingly dry and barren planet Mars has been intrigued scientists as emerging clues have suggested that billions of years ago it used to boast a thicker atmosphere, a water cycle, and features requisite to render a world inhabitable.

Recent new research of volcanic features on the surface of planet Mars hint at its geological and volcanic activity in the not-so-distant-past, opening up the possibility that it might have been potentially habitable.

The study, ‘Evidence for geologically recent explosive volcanism in Elysium Planitia, Mars’, published in Icarus, found that a lava deposit on the Elysium Planitia - a flat-smooth plain just north of the equator - appears to have formed within the last 50,000 years.

The team of astronomers used satellite data to zoom in on the volcanic deposit findings, which, in terms of geological timescales, are very recent. The discovery has been hailed as possibly signifying that the Red planet was potentially habitable quite recently.

"This feature is a mysterious dark deposit, covering an area slightly larger than Washington DC. It has a high thermal inertia, includes high calcium pyroxene-rich material, and is distributed symmetrically around a segment of the Cerberus Fossae fissure system in Elysium Planitia, atypical of aeolian, or wind-driven, deposits in the region," stated astronomer David Horvath of the Planetary Science Institute and the University of Arizona, who led the study.

Furthermore, the discovered feature is believed to be similar to dark spots found on the Moon and Mercury, which research claims to be “explosive volcanic eruptions."

📸 Wish you were here! @NASAInSight sent home its first photo after #MarsLanding:

InSight’s view is a flat, smooth expanse called Elysium Planitia, but its workspace is below the surface, where it will study Mars’ deep interior. pic.twitter.com/3EU70jXQJw

​Indeed, certain parts of it the surface of Mars bear similarities with regions of volcanic activity in glacial areas like Iceland. The latter are noted for their thriving plethora of extremophile bacteria.

"This may be the youngest volcanic deposit yet documented on Mars. If we were to compress Mars geologic history into a single day, this would have occurred in the very last second," said astronomer David Horvath of the Planetary Science Institute and the University of Arizona, who led the study.

"Elysium Planitia hosts some of the youngest volcanism on Mars, dating around 3 million years ago, so it is not entirely unexpected,” added the scientist, commenting on the results of the research.

While Mars might seem like a dusty and dry red planet, there has been increasing evidence pointing to manifestations of volcanic activity on its surface.

First of all, the presence of liquid water under the cold surface has been a tell-tale sign.

Back in 2019 a study found that internal heating - specifically, a magma chamber formed in the last few hundred years - might be necessary to stop the subsurface water from freezing.

A subsequent paper in 2020 described how Martian meteorite Tissint, which tumbled to Earth in 2011, contained the first chemical proof pointing to evidence of volcanic convection in the Martian mantle.

Crystals of olivine in the meteorite could only have formed in changing temperatures as it was rapidly swirled about in magma convection currents, according to the study.

The same area that led to the recent discovery previously provided other clues. The Mars InSight lander, located some 1,600 kilometres (1,000 miles) from the feature, has detected earthquake activity in the Cerberus Fossae, a series of semi-parallel fissures on Mars.

Martian. Landslides. 😱The dark lines in this image are caused by landslides occurring on the steep set of troughs cutting into the Martian volcanic plains. Dive deeper into this @HiRISE image of the Cerberus Fossae region: https://t.co/H36KzJ0fo3 pic.twitter.com/mEAHvL1HPf

​Taken together, the evidence suggests that activity inside Mars may be ongoing. However, the team of scientists warn against jumping to conclusions.

Near-surface lava at a point thus late in Mars' life-cycle is unlikely without the presence of surface lava flows, claim experts, emphasising that deeper magma would be required to explain the eruption. On Earth, however, earthquakes can cause eruptions of magma.

The detection of earthquakes in the Cerberus Fosse suggests a potential mechanism explaining the presence of lava flows.

Most importantly, the recent findings can be interpreted as hinting at the possibility of Mars hosting life relatively recently. This would be similar to the microbial life relying on chemical reactions for survival, discovered at hydrothermal vents on Earth.

"The interaction of ascending magma and the icy substrate of this region could have provided favourable conditions for microbial life fairly recently and raises the possibility of extant life in this region," Horvath said.

Follow-up research might be conducive to helping plan future missions to Mars, claim the scientists, offering locations where evidence of life might be found.

Per Excrementum ad Astra: Study of Human Faeces May Help Prepare For Missions to Mars