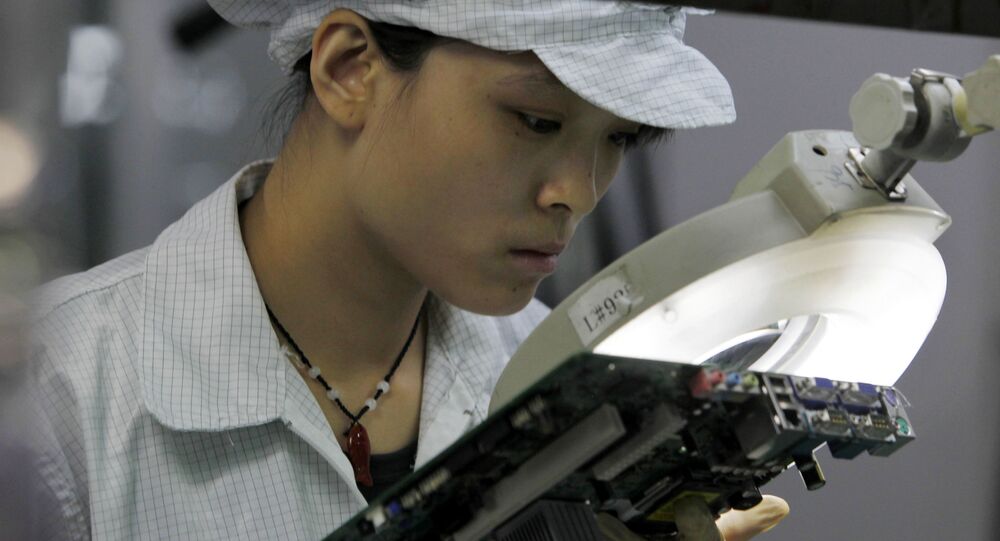 The news comes amid a massive global chip supply disruption due to a surge in electronics sales amid the ongoing COVID-19 pandemic and supply line disruptions from the US trade war on China.

Chinese semiconductor imports declined in April after a massive rally last month, figures from the General Administration of Customs revealed on Friday.

Imports for the nation also increased 30.8 percent compared to last year, or 210bn units worth $126bn in the first four months of 2021.

According to research firm International Data Corporation (IDC), strong sales growth in the industry would continue due to heavy demand for cloud and data services.

The firm said in a report on Thursday global chipmakers grew 10.8 percent in revenues last year at $464bn, with growth set to increase.

It added the global semiconductor industry would climb to $522bn this year, a 12.5 percent increase YoY, fuelled by growth in chip sales for consumer electronics, 5G equipment and smart vehicles, among others

“Overall, the semiconductor industry remains on track to deliver another strong year of growth as the super cycle that began at the end of 2019 strengthens this year. The markets remain narrowly focused on shortages across specific sectors of the supply chain, but what is more important to emphasise is how critical semiconductors are to every major system category and … that remains unabated,” Mario Morales, IDC semiconductor programme vice-president said in a statement.

But the company warned about further problems in the global chip supply, adding shortages were expected to continue for "a few years".

“Much like a traffic jam and the ripple effect, a disruption in the semiconductor supply chain operating close to capacity will impact across the supply chain. The industry will continue to struggle to rebalance across different industry segments, while investment in capacity now will improve the industry’s resiliency in a few years,” the IDC explained.

The news comes amid fierce competition between Washington and Beijing in the ongoing global tech war, which has triggered further headaches for chipmakers and tech firms such as Apple, Samsung, TSMC, Qualcomm and several global automakers.

US president Joe Biden also signed an executive order to conduct a 100-day review of US tech supply chains and has urged lawmakers to approve trillions in funding for his Green New Deal plan aimed at boosting semiconductor production capacity, new energy vehicles (NEVs), 5G and other industries across the nation.