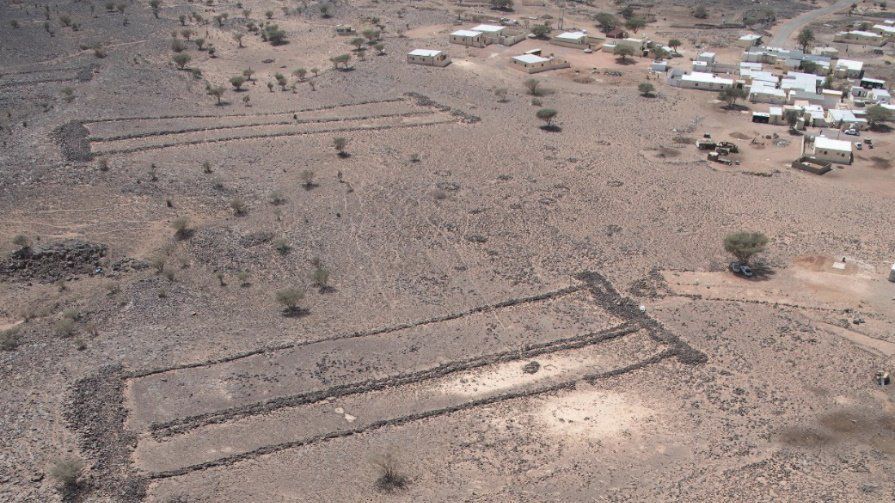 Some of the ancient structures are over 460 meters (1,500 feet) long, but they are relatively narrow and sometimes packed together. They are mostly seen on bedrock, sometimes on rocky outcrops above the desert, but can also be found in mountains and low-lying areas.

According to scholars, thousands of colossal structures constructed from rock walls in Saudi Arabia are in fact older than Egypt's pyramids and Britain's ancient stone circles, with an average age of 7,000 years, making them the earliest ceremonial landscape ever discovered.

The enigmatic structures scattered across the desert in northwestern Saudi Arabia, named "mustatils" from the Arabic word for "rectangle", are much older than initially thought, according to a study published on Thursday in the journal Antiquity.

That's a lot older than anyone imagined, and it's about 2,000 years older than both Stonehenge and the oldest Egyptian pyramid.

Interestingly, according to the research, the mustatils were perharps part of an ancient "cattle cult" that celebrated the animals, as shown by ancient rock drawings depicting herds of cattle that must have been essential to the Neolithic people's survival in the region.

'The mustatils: cult and monumentality in Neolithic north-western Arabia' is out today. This work is part of the University of Western Australia's @UWAresearch work in #AlUla and #Khaybar as part of @RCU_SA archaeological program. Download here: https://t.co/dL1KYq21cs Thread 1/ pic.twitter.com/xvUFkvin2C

"We think of them as a monumental landscape,” Melissa Kennedy, an archaeologist at the University of Western Australia in Perth and study author, said. "We are talking about over 1,000 mustatils. These things are found over 200,000 square kilometres [77,000 square miles], and they’re all very similar in shape ... so perhaps it’s the same ritual belief or understanding."

3/ Mustatil are complex monumental structures consisting of two thick ends (base and head) connected by 2 or more long walls to create a series of courtyards, that look like big rectangles (mustatil, in Arabic) from the air. Mustatils range in length from 20m to over 600m. pic.twitter.com/wKL1S11AB4

“There must have been a great level of communication over a very big area, because how they were constructed was communicated to people,” archaeologist and lead author Hugh Thomas said.

The research is supported by the Saudi Arabian government's Royal Commission for AlUla, which was formed to preserve the heritage of the AlUla area in the country's northwest, which is home to many mustatils.

4/ The base of the mustatils often have circular/semi-circular cells constructed outside the main entrance. These cells generally had large orthostat stones placed inside them. Where the stone wasn’t suitable for this, they stacked stones to create pillars. pic.twitter.com/YHdoDTztAM

They did, however, discover a number of mustatils that were much more complex than they had expected, including pillars, standing stones, and smaller "cells" of rock walls. According to Kennedy and Thomas, one of the mustatils they surveyed was constructed by moving over 10,880 tonnes of basalt stone, a difficult job that must have taken hundreds of people months to complete.

© Photo : AAKSAU and Royal Commission for AlUla
Features of mustatil: A) internal niche located in the head of a mustatil; B) a blocked entranceway in the base of a mustatil; C–D) associated features of a mustatil: cells and orthostats; E) stone pillar identified on the Harrat Khaybar lava field

It's unclear to scientists why the ancient peoples who constructed the mustatils built so many of them across what is now a Saudi desert. Kennedy theorises that certain mustatils were only used once, or that different groups of people made and used different mustatils near each other.

The presence of a small chamber or niche on the headwalls of many mustatils, which appears to have been used for animal sacrifices, is one hint to their intent.

The horns and bones of wild and domesticated animals, including sheep and gazelles, but mostly cattle, were discovered in the chamber of one mustatil in 2019. The bones enabled the researchers to date the offerings to around 5,000 BC, the late Neolithic period, when the area was much wetter and greener than it is now.

According to Kennedy, archaeological evidence of a cattle cult was discovered in the south of Arabia which dated to about 900 years later, and the mustatils may have been an early manifestation of that belief. It is also possible that some mustatils were established to make territorial claims on valuable herd pasture.