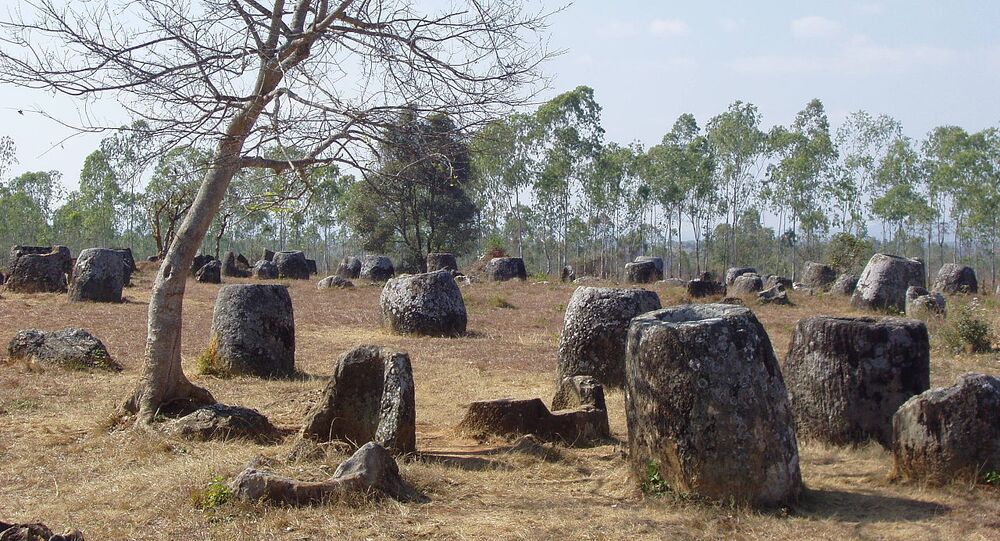 In a bid to establish when the stone jars were placed where they currently reside, researchers analysed the sediments beneath them.

The enigmatic megalithic site in Laos, which hosts massive stone jars – earning it the "Plain of Jars" moniker, was likely used as a burial site hundreds of years ago, Live Science reports.

According to the media outlet, a team of archaeologists has managed to establish that the majority of human remains buried at the site were interred there between 700 and 1,200 years ago, while the stone jars themselves may be over 3,000 years old.

"What we surmise from that is the enduring ritual significance of these sites," said Louise Shewan, an archaeologist from the University of Melbourne. "They were important for a very long time."

Shewan and her colleagues – Australian National University archaeologist Dougald O'Reilly and Thonglith Luangkoth of the Laos Department of Heritage – employed a technique called optically stimulated luminescence on the sediments recovered from beneath some of the jars, to calculate when these sediments were last exposed to sunlight and thus trying to determine when the jars were placed on top of them.

The researchers, however, were reportedly unable to establish whether the people who used the jars for burials were “culturally related” to the people who made the jars in the first place.