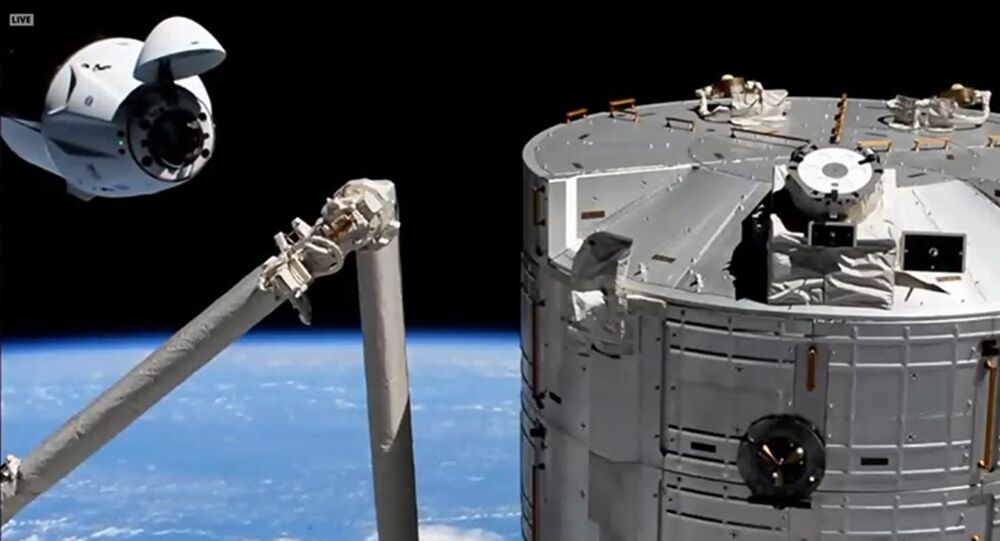 Prior to arriving at the International Space Station on Saturday morning, crew members aboard the SpaceX's Crew Dragon spacecraft 'Endeavour' were instructed to don their spacesuits and secure themselves in preparation for a possible space junk encounter -- also known as a conjunction.

US Space Command (SPACECOM) spokesperson Lt. Col. Erin Dick confirmed on Monday that the original warning of so-called space junk actually turned out to be a false alarm.

"However, we quickly realized this was a reporting error," she told the Associated Press via email, "and that there was never a collision threat because there was no object at risk of colliding with the capsule."

It was SPACECOM's 18th Space Control Squadron that initially alerted NASA to the possible encounter on Friday. The false alarm is now under review.

Dick added that further information regarding the "reporting error" would likely be made available later this week.

"Of course, we’re always happy to hear that there never was a threat, but we’re also glad the procedures were in place and the crew would have been ready if the threat had been real," NASA spokesperson Kelly Humphries said.

Members of the SpaceX Crew-1 mission - NASA astronauts Michael Hopkins, Victor Glover, and Shannon Walker and Soichi Noguchi - are scheduled to undock from the ISS and begin their journey back to Earth on Wednesday, April 28.

Prior to the Crew-1 mission team's departure, Walker will turn over command of the station to Hoshide, a Japan Aerospace Exploration Agency (JAXA) astronaut and Crew-2 mission member.