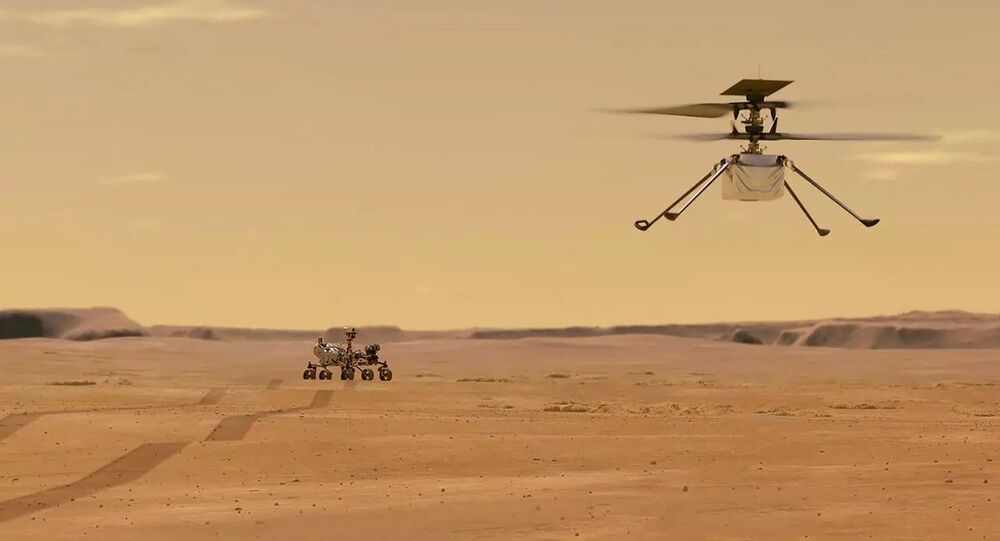 Extraterrestrial life and whether it has managed to survive until the present day have never ceased to intrigue, and now it appears the common perception of on-ground or in-air alien species should be put aside.

Scientists suggest that in the search of life on Mars they should go no further than the Martian subsurface, currently being drilled by NASA's Perseverance Rover, with the help of its helicopter Ingenuity.

Their latest study on the subject has been published in the journal Astrobiology.

It looked at the chemical composition of Martian meteorites that chipped off from the Red Planet's surface eventually ending up on Earth, finding the fragments to be similar to Earth's rocks in composition.

“We don't know whether life ever got started beneath the surface of Mars but, if it did, we think there would be ample energy there to sustain it right up to today", said postdoctoral researcher Jesse Tarnas, of NASA's Jet Propulsion Laboratory.

He stressed that wherever there is groundwater on the Red Planet, chances are that there may be sufficient chemical energy to support subsurface microbial life.

As for Earth's depths, scientists have in recent years discovered that they are home to a vast population of unique, sub-world creatures.

Due to a severe lack of sunlight, the species survive thanks to a chemical process known as radiolysis, which occurs when chemical reactions yield by-products of radioactive elements within rock while contacting with water in rock pores. Likewise on Mars: the Martian meteorites were found to have the same collection of elements needed for radiolysis, while they are also easily permeable to water.

This was particularly typical of regolith breccias, meteorites formed from crustal rocks more than 3.6 billion years old, which appeared to have the highest potential to support life.

Unlike Earth, Mars doesn't have a plate tectonic system that would occasionally recycle the rocks, so the ancient terrains linger largely undisturbed, and are thus demonstrative in terms of modern-day analysis.

Life Beneath the Red Planet's Rocky Crust: When Will We Know for Sure?

The researchers say the new conclusions may lay the ground for follow-up studies of signs of modern-day life in the Martian subsurface.

For instance, previous research has already arrived at evidence of an active groundwater system on Mars, which led scientists to believe that groundwater could exist today, as well. A recent study, for example, alleged that an underground lake is hidden in the depths of the Red Planet's southern ice cap. Now, the new information has linked the existence of sub-terrain water to ample energy that could possibly sustain life.

Tarnas and his colleagues said that while there are certain technical difficulties in exploring the subsurface, they aren't as critical as may seem at first glance.