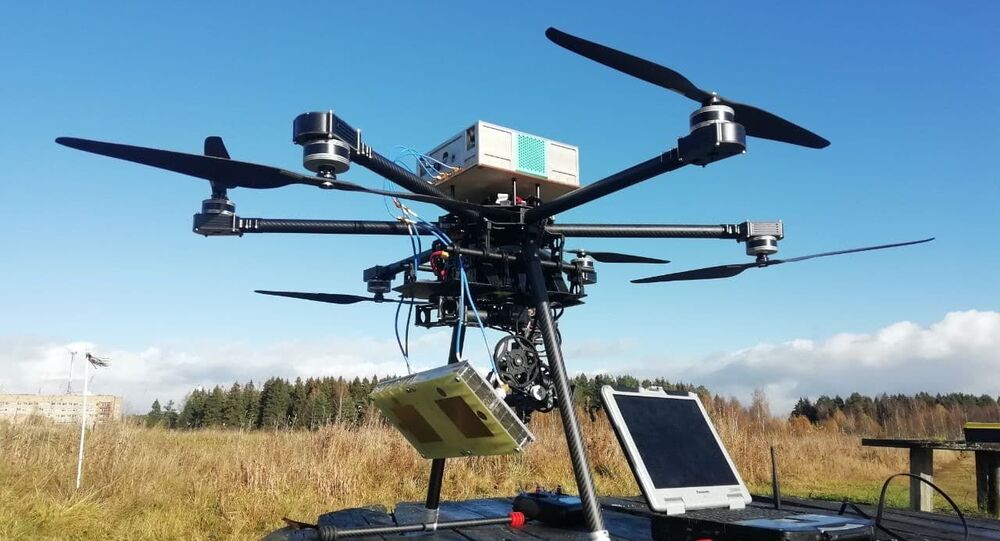 The researchers note that it can capture images of the Earth's surface, comparable in quality to optical images, regardless of lighting, weather, the presence of clouds, or tree crowns, the university’s press service told Sputnik.

"It is known that the lower the frequency range, the greater the penetrating power of the wave, so our radar can survey not only through clouds and fog but also under foliage. Accordingly, if the optical method can capture the forest under ideal conditions, our radar can see through foliage and detect, for example, an unauthorised landfill in the forest", Ilya Kuzmin, an engineer at the Institute of Microdevices and Control Systems at MIET, said.

According to him, the radar system solves a vast range of tasks from different areas of the real economy. The radar can be used to generate a picture not only of the visible surface, but also to give an extended interpretation of it, clarifying, for example, the condition of the soil and vegetation.

The device will also be essential for rapid monitoring of anthropogenic or biogenic disasters. By mounting the device on an aircraft or drone, it can take an image of an erupting volcano, the site of an earthquake, or a collapsed building. A guided drone with the new radar will provide an image that can be used not only to assess the scale of the disaster, but also to see objects in detail.

According to the authors, MIET's development could also become the basis for satellite radar. In the future, the satellite could carry out radar imaging of vast areas of land across the country and the world. For example, it would be ideal for monitoring melting glaciers. The new radar could also be useful in agriculture to monitor plant growth, soil conditions, and even the degree of the maturity of fruits. For ice reconnaissance in the Arctic and Antarctic, the radar could determine ice thickness and suggest routes for icebreakers. The new radar platform could also be used to monitor pipelines and oil pipelines at power stations.

However, a radar is not a camera that immediately displays a picture; it records the reflected signals digitally on a hard drive and processes them using software, Ilya Kuzmin explained.

"Apart from the software itself, we have also rendered processing algorithms that will allow us to work without the use of navigational data. We process the reflected signals using the developed algorithms, eliminating the need for an expensive, bulky inertial navigation system. This, in turn, makes it possible to place the radar on small unmanned aerial vehicles", he said.

Scientists at MIET have created a modular platform that changes the range of frequencies depending on the task. The user can buy individual modules for specific purposes or a whole set of them, for example, to remove the low-frequency ones and put high-frequency ones in their place, if necessary. The creators believe that this modification is very advantageous, as it eliminates the need to build a radar unit from scratch for each specific task.