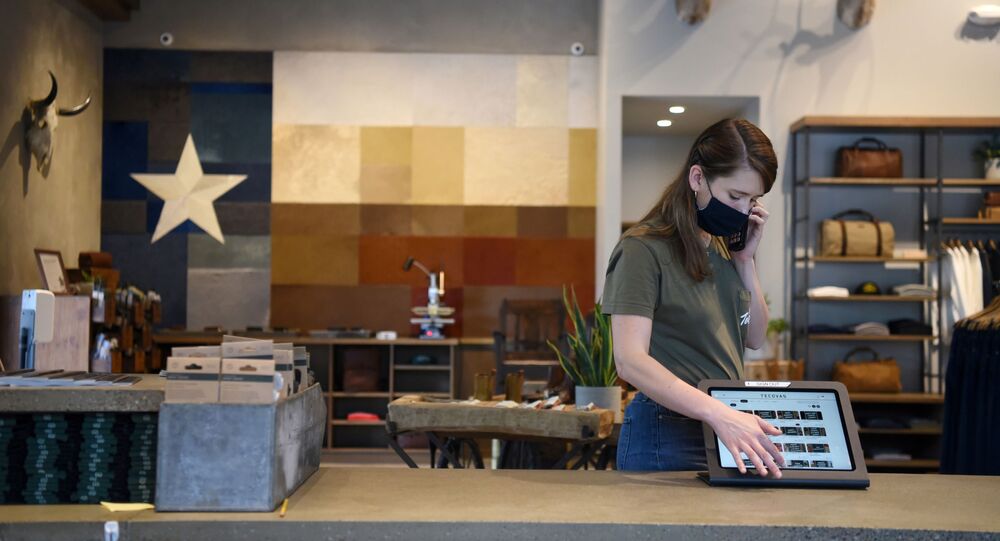 The potentially worrying development comes as governments worldwide have committed tens of billions of dollars to pharmaceutical companies for the development and production of vaccines to fight a virus which shut down the global economy and put much of the planet into quarantine.

Researchers from Texas A&M University’s Global Health Research Complex have uncovered a new strain of SARS-CoV-2 (the virus that causes the COVID-19 disease) they say is resistant to multiple neutralising antibodies.

The new variant of the virus, which has caused the deaths of over three million people globally and shut down much of the planet for well over a year now, has been dubbed the “BV-1,” named after Brazos Valley – the seven county area of Texas where it was discovered. The new variant is said to be related to the UK variant of the virus, which is also now the dominant strain in the United States.

“We do not at present know the full significance of this variant, but it has a combination of mutations similar to other internationally notifiable variants of concern,” GHRC chief virologist Ben Neuman said in a press release put out by the university.

The scientist indicated that BV-1 has so far been found in only one individual, and said researchers did not grow or test the virus “in any way,” with the finding “based purely on the genetic sequence analysis done in the lab.”

The infected person is a student at the university. After their sample tested positive on 5 March, the student provided a second sample on 25 March, again testing positive, which researchers took to indicate that the variant causes a longer-lasting infection of a kind said to be typical for adults in the 18-24 age bracket. A third sample from 9 April showed negative. The student was said to have exhibited mild cold-like symptoms in early March, with the symptoms never progressing beyond that.

Neuman suggested the discovery of the new strain – one of dozens of variants of the disease detected to date – signifies the “ongoing need for rigorous surveillance and genomic testing, including among young adults with no symptoms or only mild symptoms.”

Texas A&M became the focal point of a minor scandal last year after it was discovered that the institution’s researchers had received tens of millions of dollars in funding from the Chinese government. Later in the year, federal authorities called on the University of Texas System – A&M’s competitor, to provide documents about its cooperation with the Wuhan Institute of Virology – the Chinese lab which some US officials including then-President Donald Trump blamed for unleashing the coronavirus on the world.

© REUTERS / Thomas Peter
WHO’s COVID-19 Origins Team Member Says ‘Demonstrably False’ Attacks on Report ‘Undermine Science’
Later media investigations discovered that Chinese, American, Canadian, and Australian scientists and institutions collaborated heavily in experiments on potentially dangerous bat coronavirus in Wuhan, with the US National Institutes of Public Health alone reportedly said to have contributed some $3.7 million in grant money for bat virus transmission research. These revelations prompted both the US and China to scale down allegations against one another regarding the origins of the new coronavirus.

Mutual recriminations reemerged last month, however, with the US and its allies accusing China of fouling up a recent investigation from Wuhan by a World Health Organisation (WHO) fact-finding team which failed to point the finger at Beijing for causing the outbreak. WHO researchers dismissed these claims, and urged critics to actually "READ the report" on four possible causes of the pandemic.

Biden: New Coronavirus Variants Spread in US, Number of Cases Up